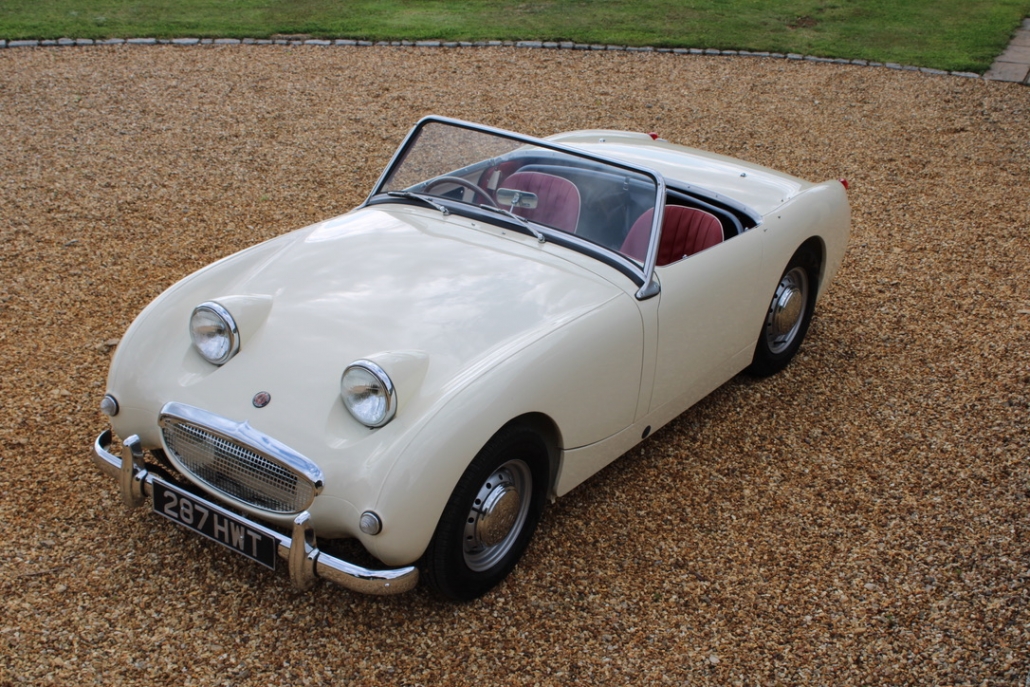 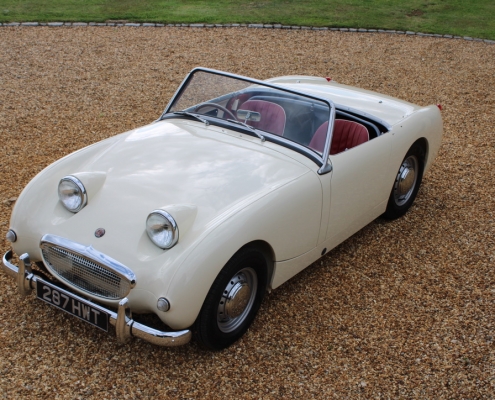 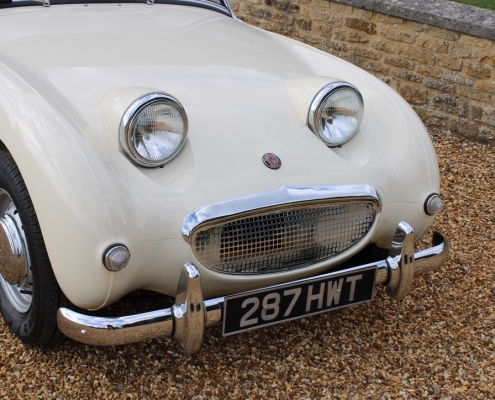 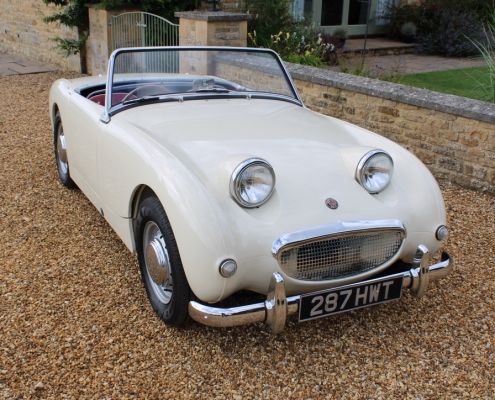 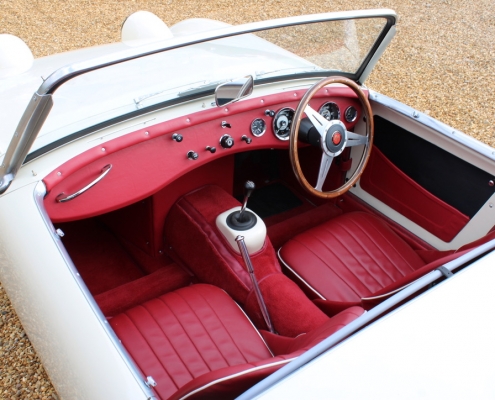 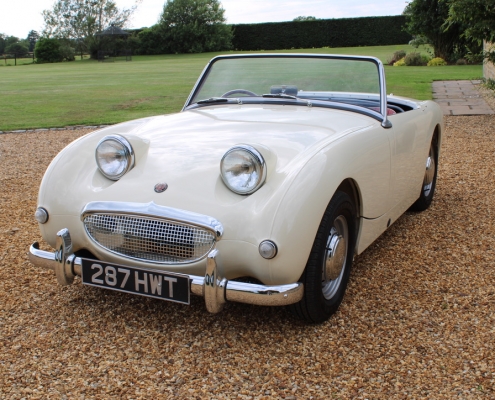 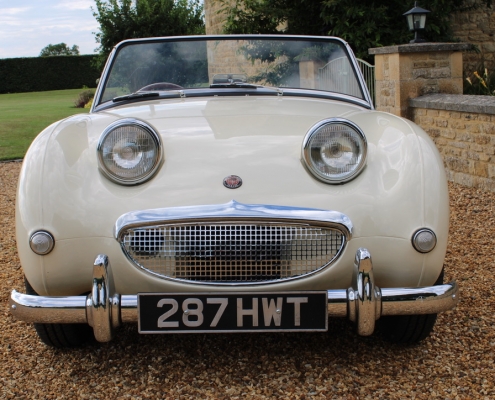 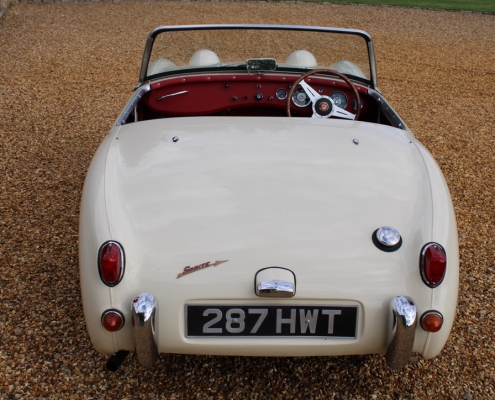 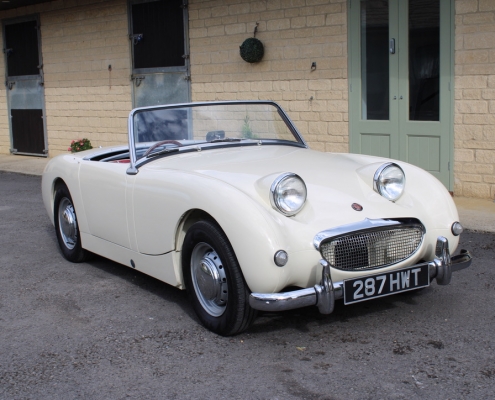 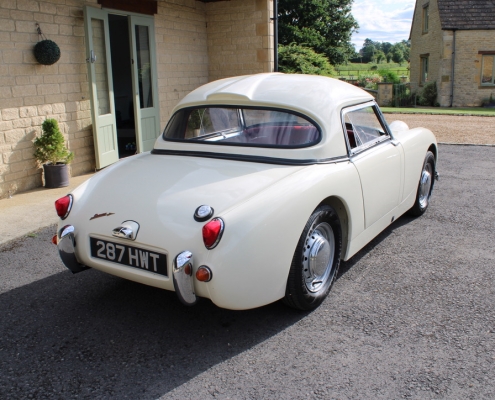 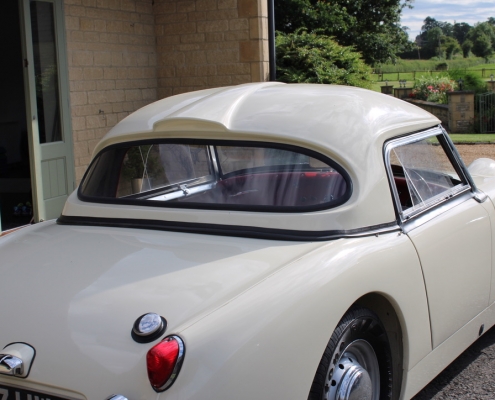 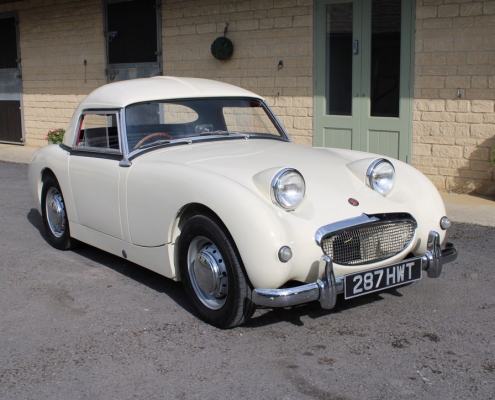 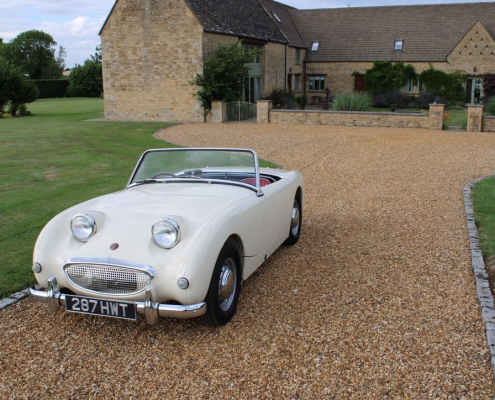 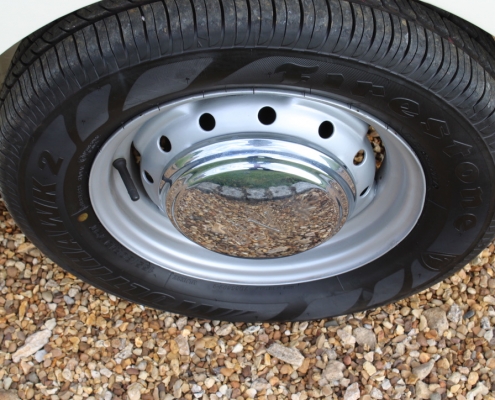 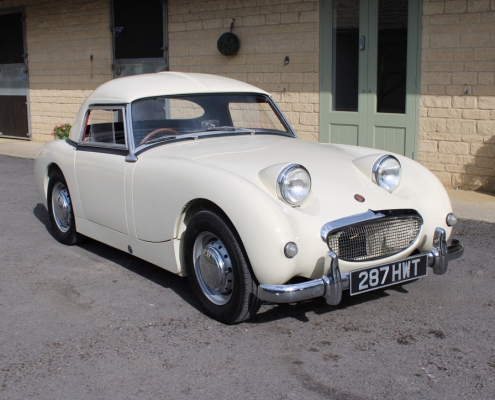 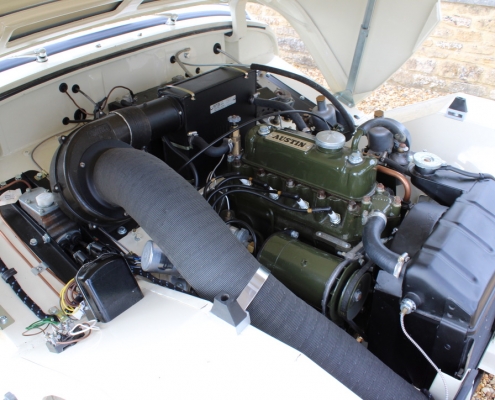 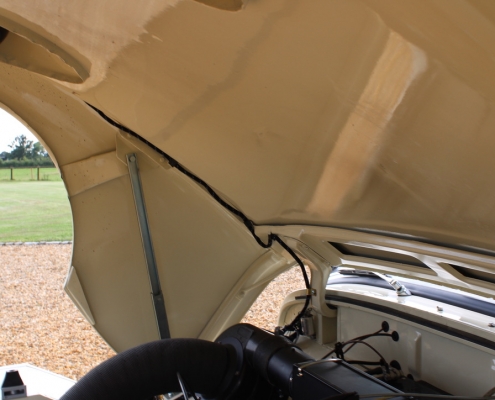 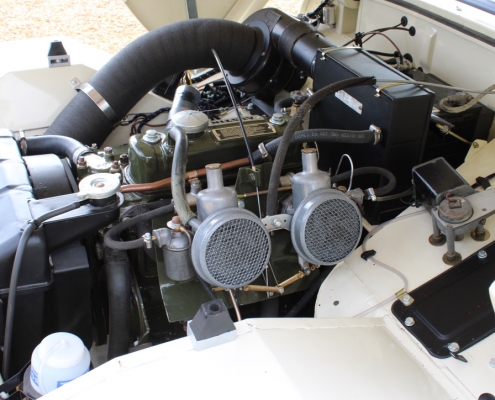 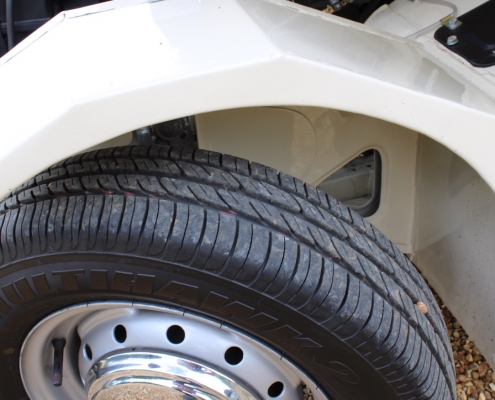 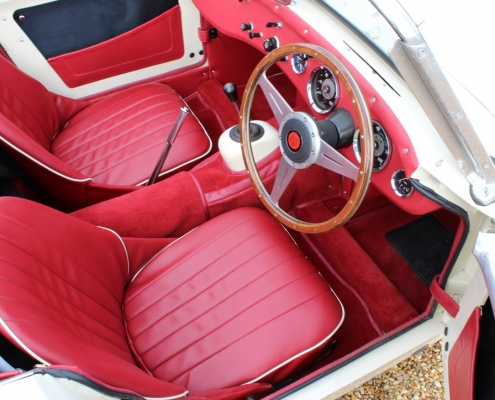 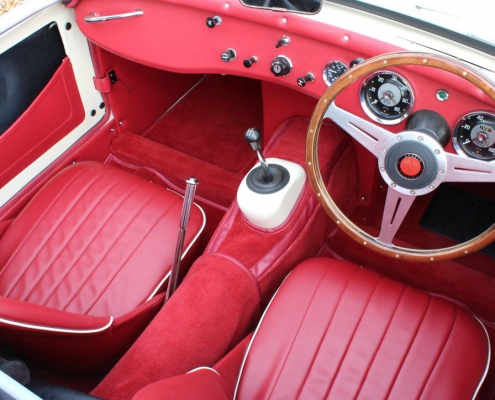 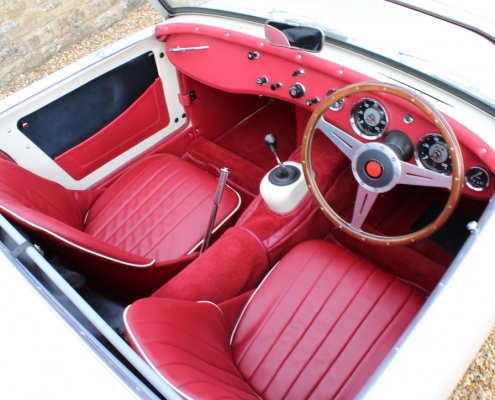 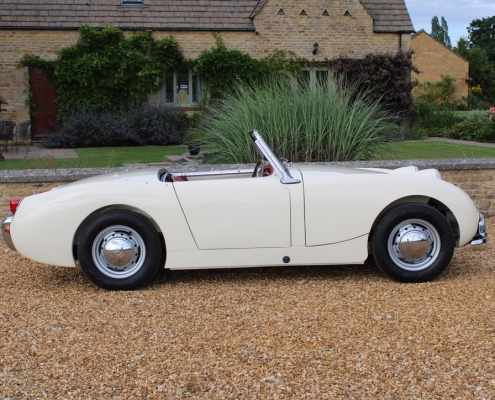 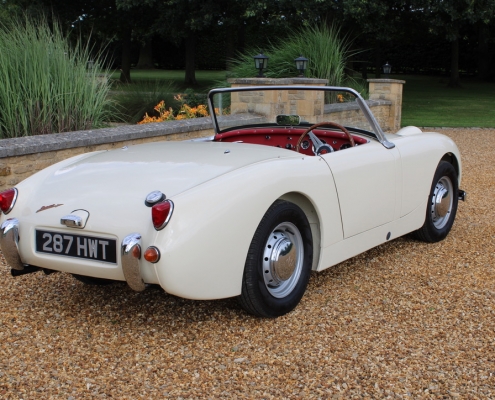 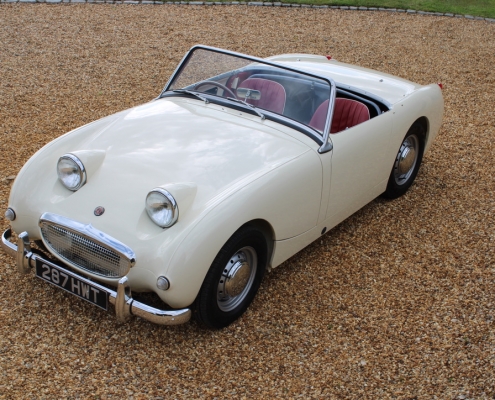 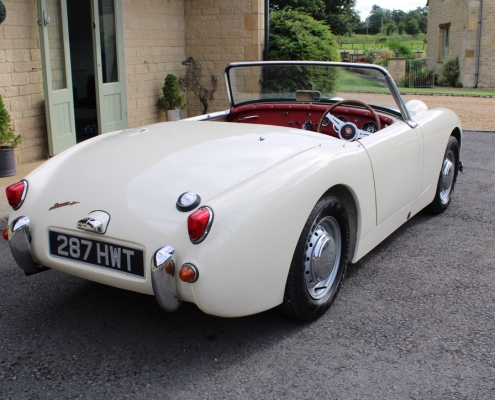 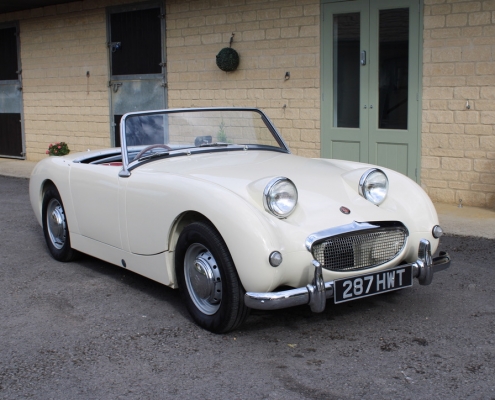 The Austin-Healey Sprite was announced to the press in Monte Carlo by BMC on 20 May 1958, just before that year’s Monaco Grand Prix. It was intended to be a low-cost model that “a chap could keep in his bike shed”.

She was designed by the Donald Healey Motor Company, with production being undertaken by Austin-Healey. It first went on sale at a price of £669, using a tuned version of the Austin A-Series engine and as many other components from existing cars as possible to keep costs down.

With its simple design, lightweight construction, they soon became an immensely popular car in Europe and in the USA with the production of the Mk 2 ending in 1971.

This is the stunning UK supplied full matching numbers example that has undergone a superb restoration utilising as many of the original components as possible whilst replacing many with new items. Even the engine is the original 950 cc unit fitted from new and a very rare hardtop with hood and side screens completes the package.

All the work is well documented with pictorial history including before, during and after photo record.

Attention to detail was paramount and this is the best we have seen for years.

The result is a beautiful looking Frogeye that can be driven with absolute confidence or stored away as an investment.

Supplied fully inspected, serviced and with a 12-month warranty.