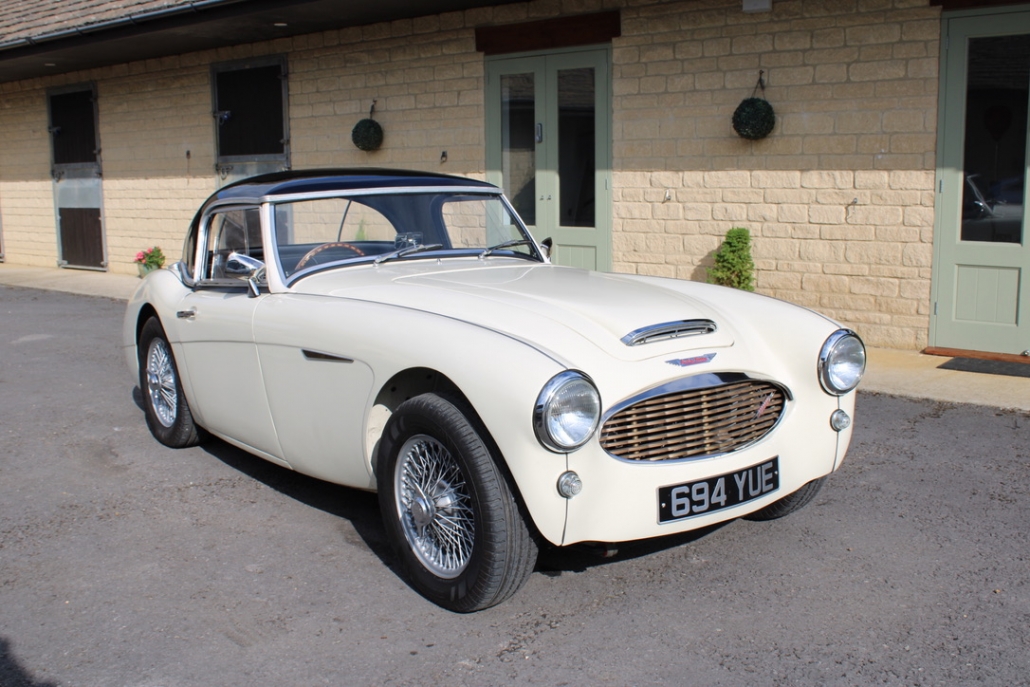 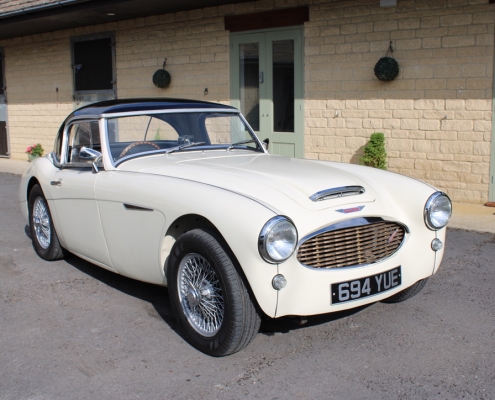 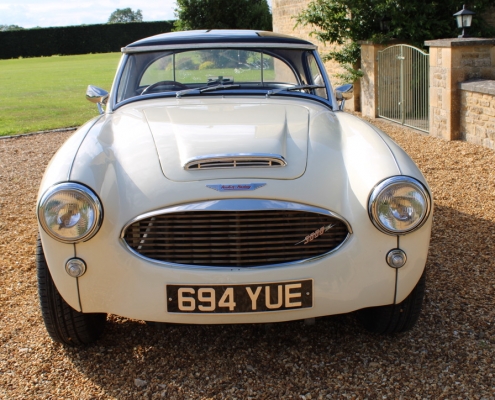 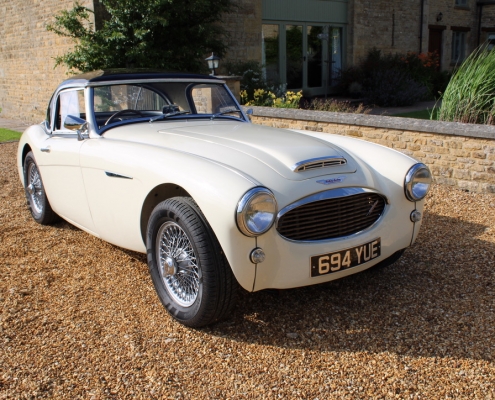 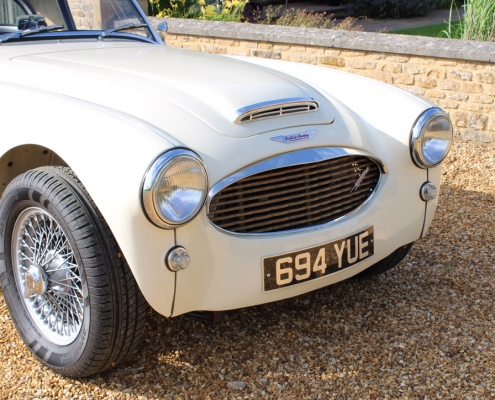 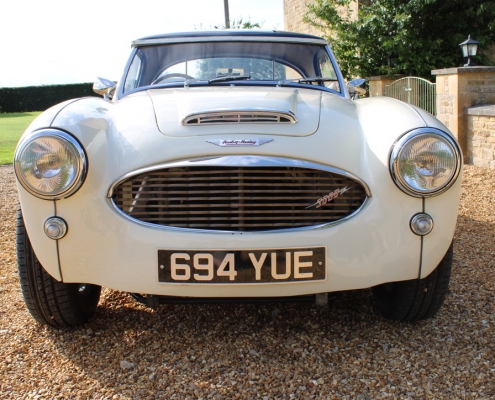 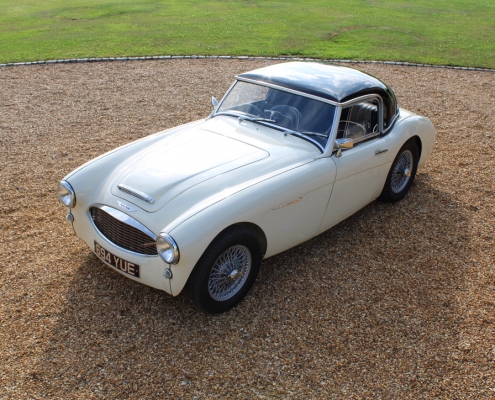 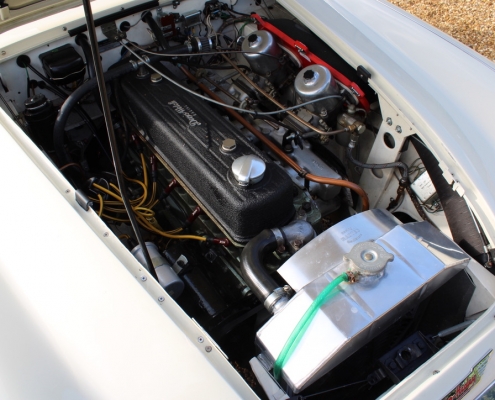 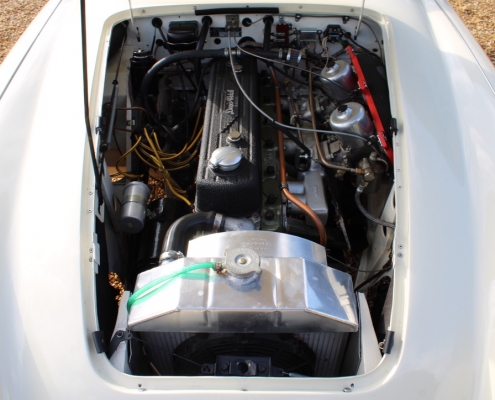 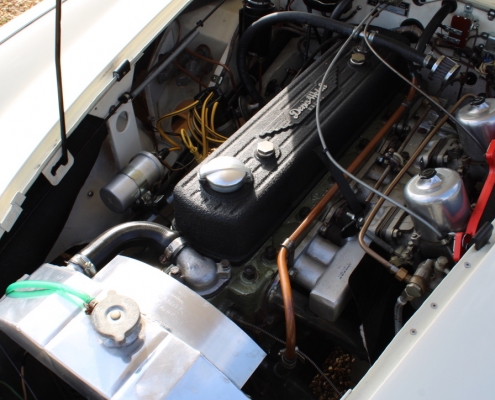 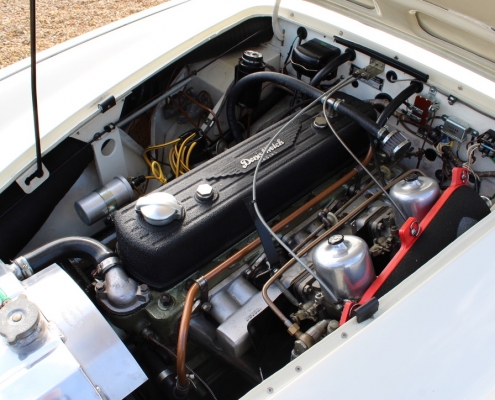 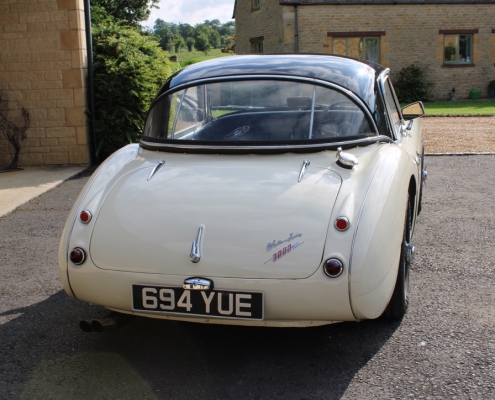 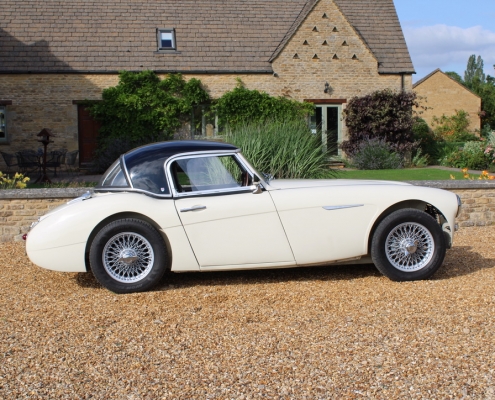 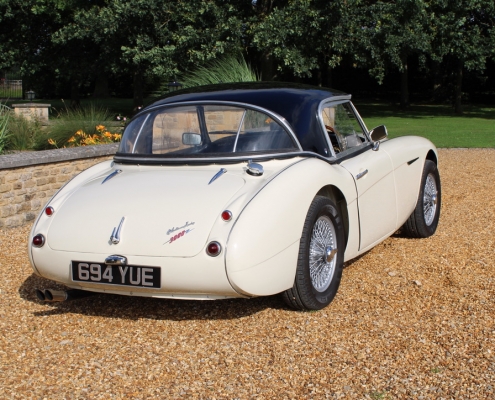 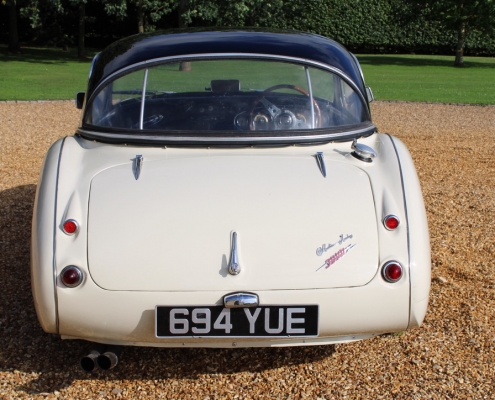 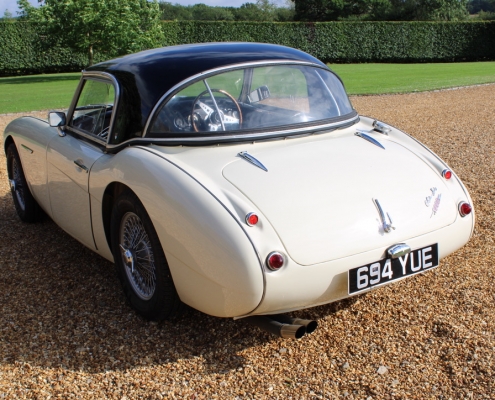 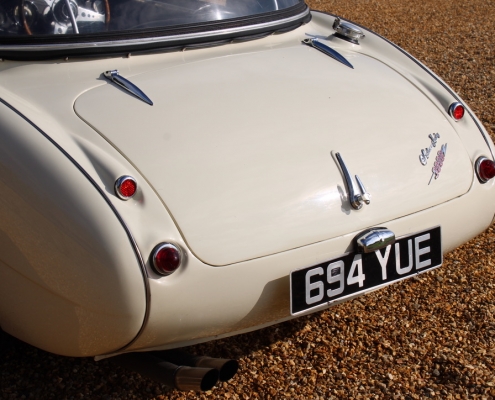 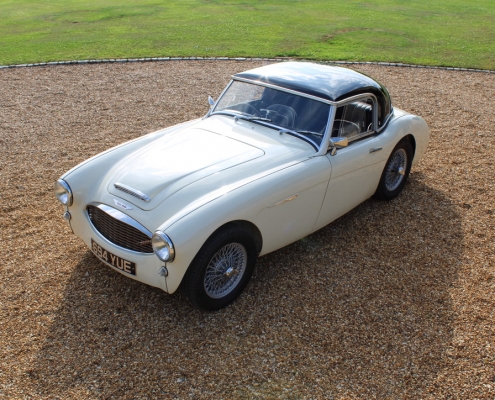 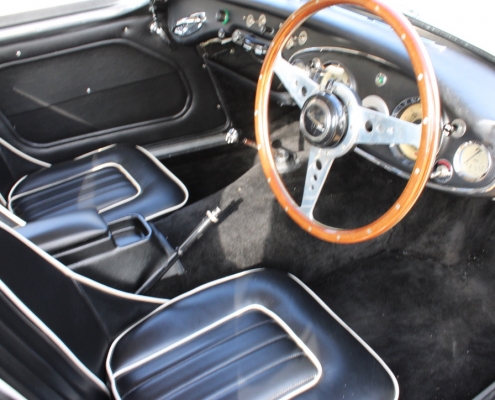 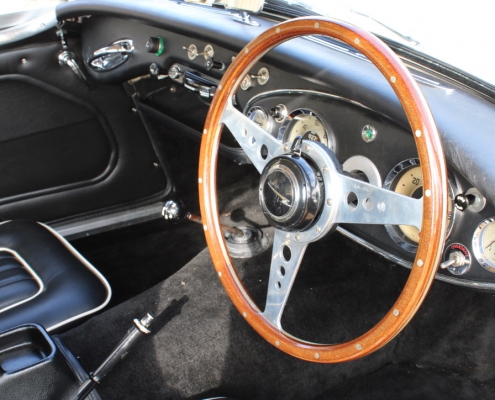 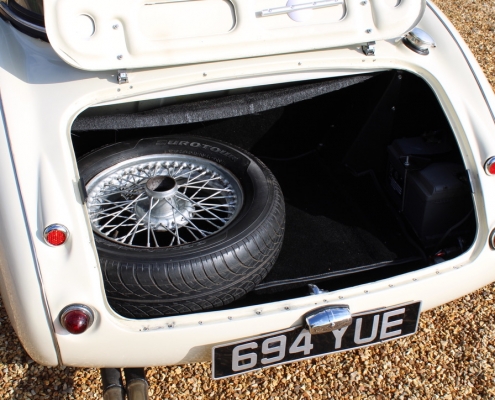 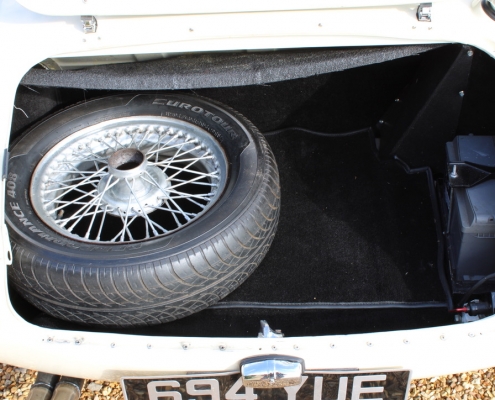 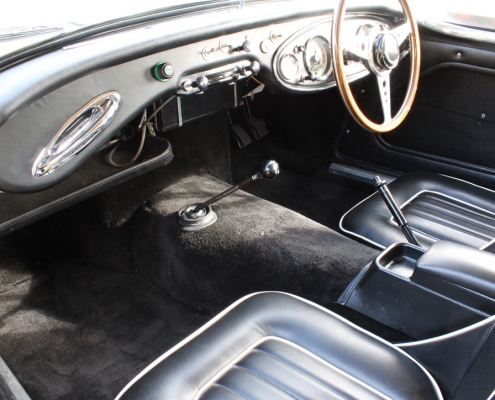 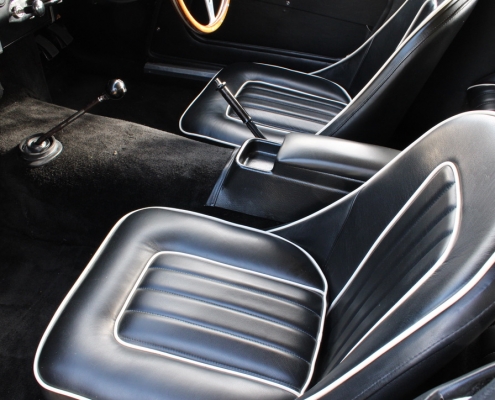 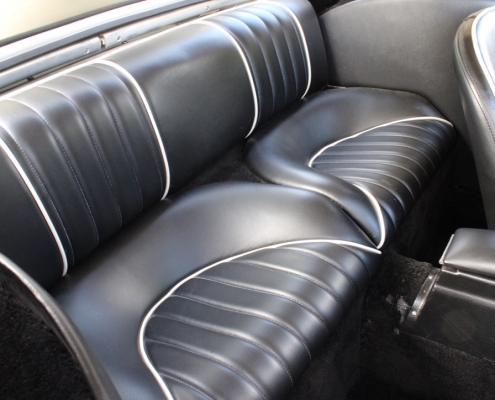 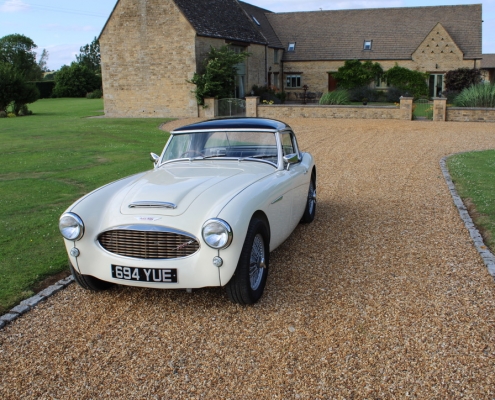 The Austin Healey 3000 has become one of the best known British classic cars of the 1950s and 1960s following spectacular success in international rallying and on the race track. The development of the Austin Healey 100-6, itself born out of the four-cylinder 100, the 3000 (MK I) was launched in March 1959 and was a significant improvement to the earlier Healey`s. For example, the new 3000 featured front disc brakes, wire wheels as standard and a more powerful 124bhp 2,912cc BMC C-Series engine, ensuring a top speed of approximately 120mph. There was also a choice of two-seater (BN7) or 2+2 (BT7) body styles. The new 3000 was an instant success on the road, on the track and on the rally stage and has enjoyed a large club following since the 1950s.

The BT7 offered here today bears out the last sentence. A car with massive appeal to a wide audience, it ‘cuts the look` be it at Goodwood, at Silverstone, at many of the countries club events, or on the school run. Originally built for the German market, chassis 1637 eventually landed in the USA where it spent a number of years before being repatriated to the UK in 1990 and sold for the princely sum of £6,500 by Kestrel Motors of Welshpool. In the succeeding years, the car was to undergo extensive and enduring restoration.

The invoices, totalling many thousands of pounds begin to appear around 1990 and 1991 and completed 2010 They begin with nominal charges from the likes of SC Parts in the several hundreds of pounds. They then progress to the likes of Denis Welch Racing, the Northern Healey Centre, AH Spares and eventually Cape International for all manner of parts, labour, sundries and expertise which have combined to produce what is now a very impressive driver`s car. Passing through the hands of notable classic car enthusiasts including Roger Lowe and latterly Glen James, the car eventually passed our customer in 2015 who used the car for occasional use with his family.

Resplendent in Old English White coachwork with contrasting and tastefully trimmed black leather interior, this car is presented in what some might consider being ‘fast-road` spec. A Denis Welch Racing tuned engine with racing rocker cover, bumper-less body, stainless steel oversized exhaust and devoid of wet-weather gear, this capable 3.0 litre Healey hits all the right notes on the open road and sounds great with its sports exhaust