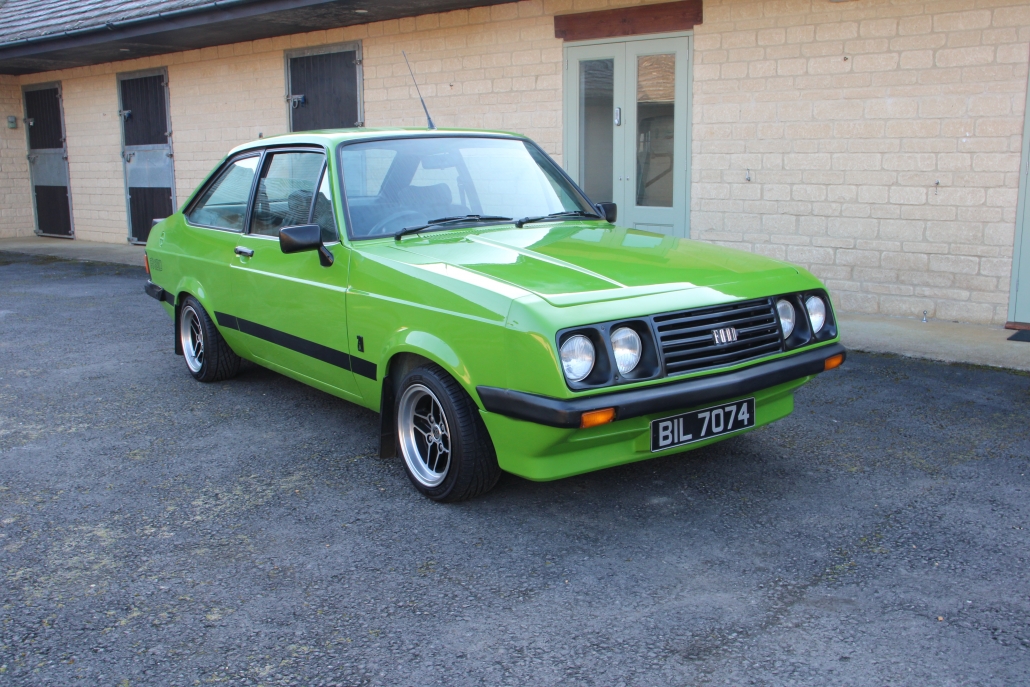 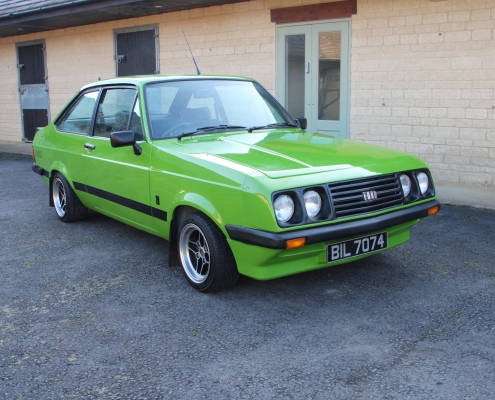 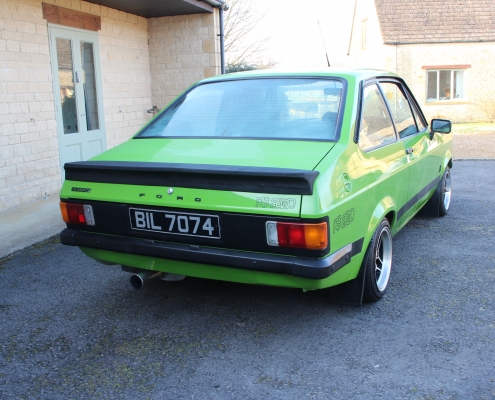 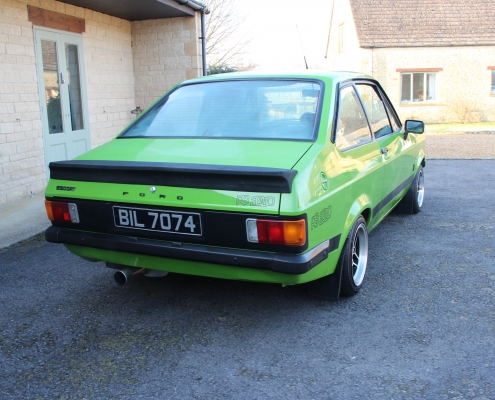 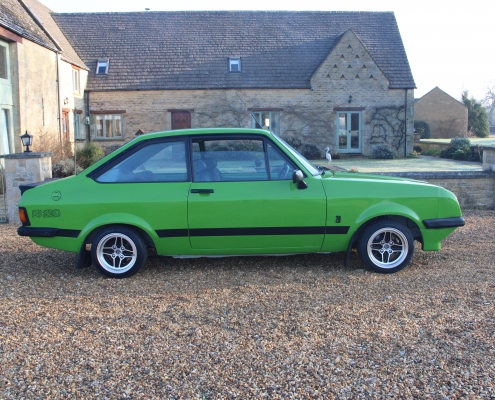 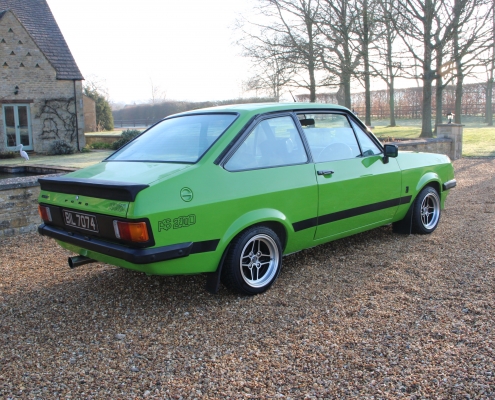 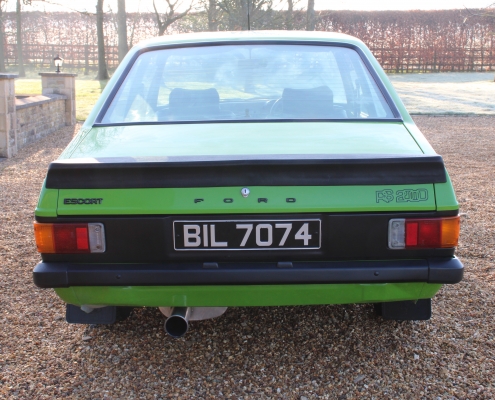 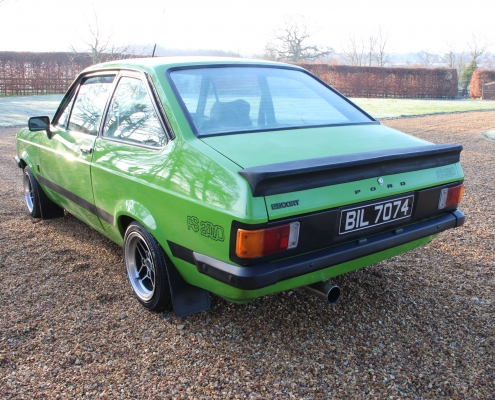 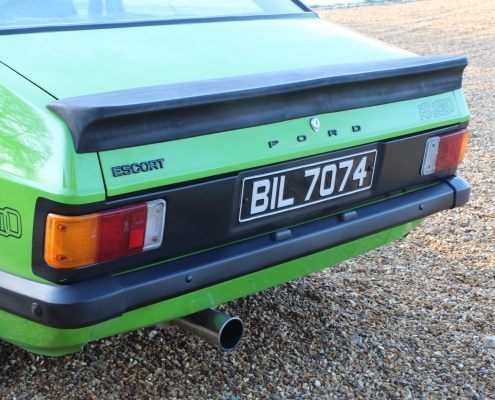 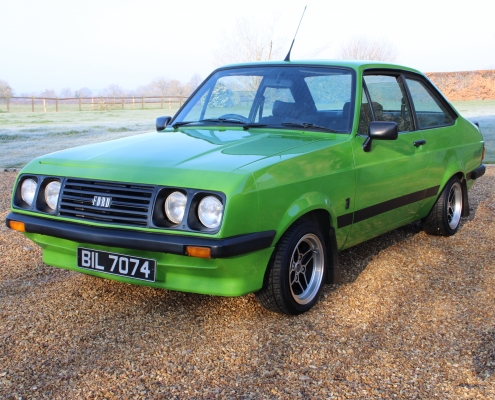 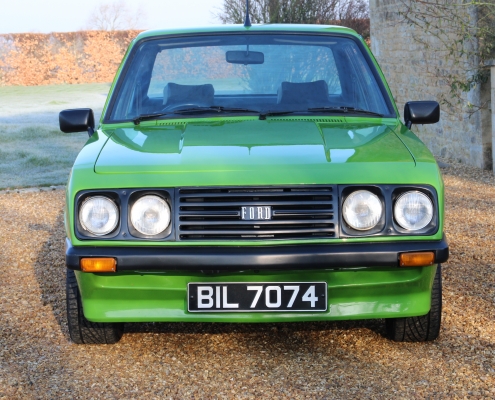 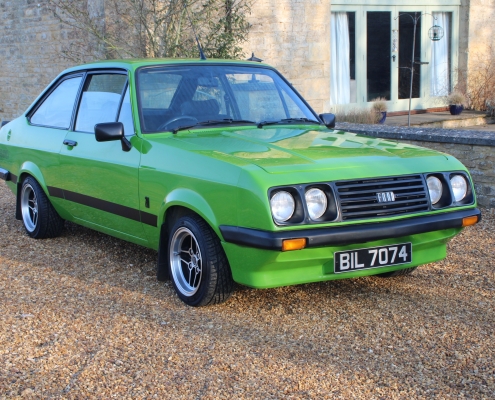 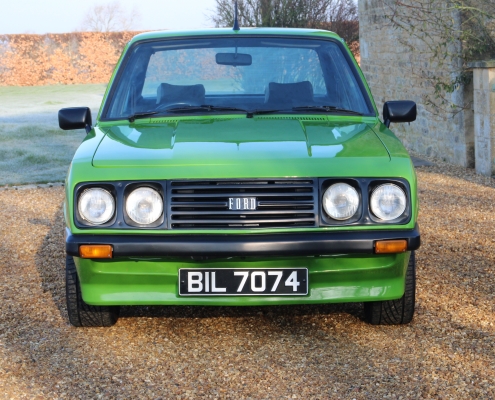 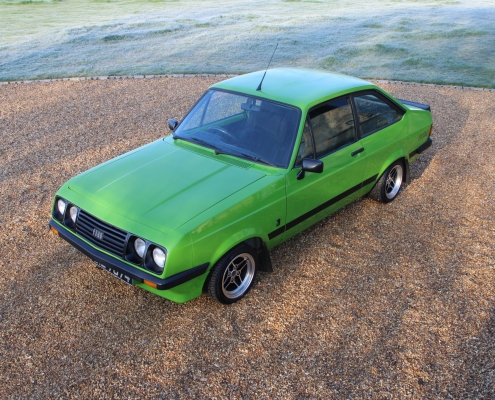 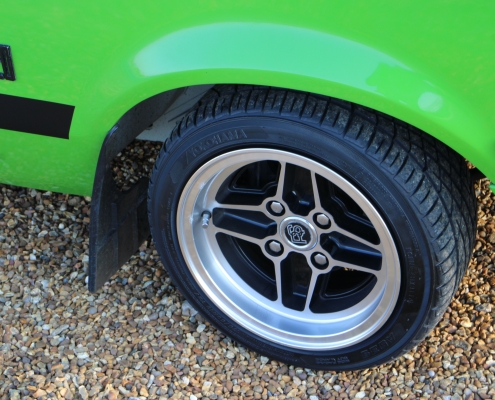 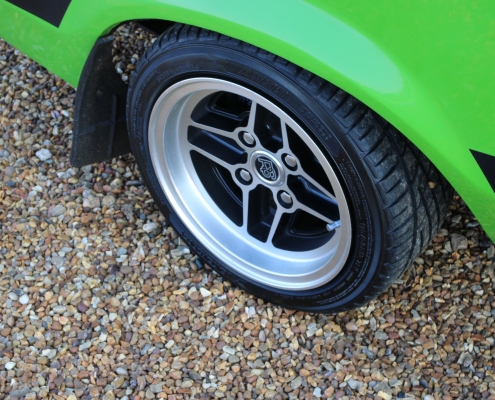 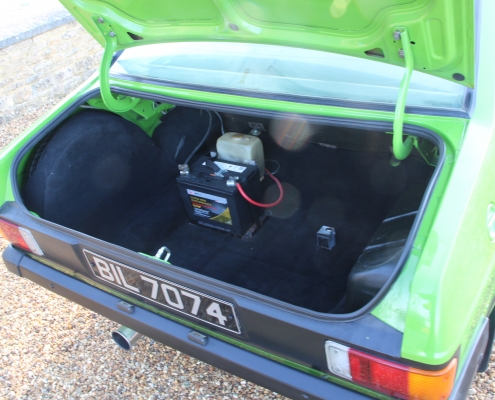 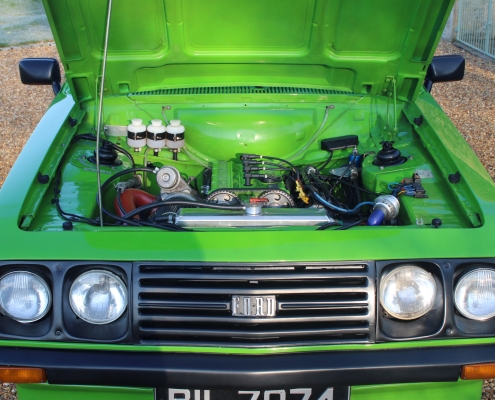 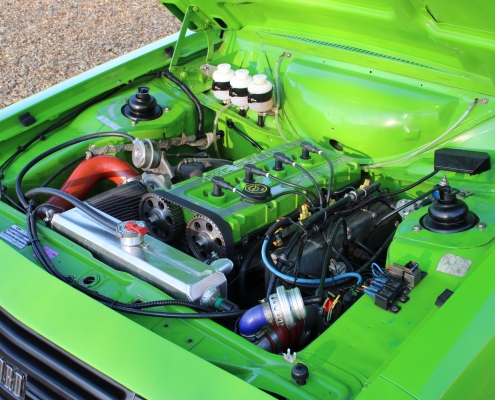 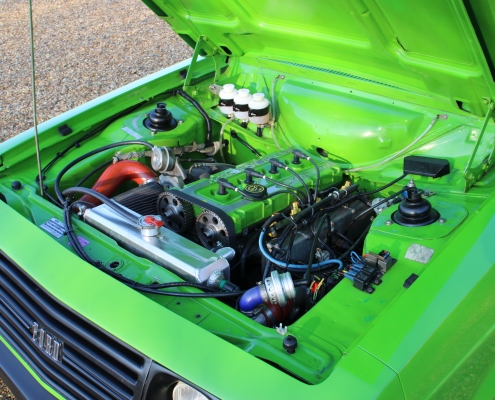 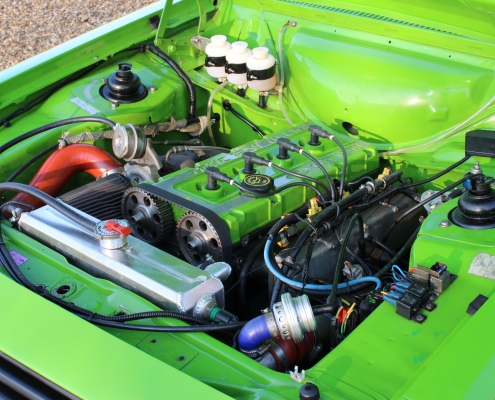 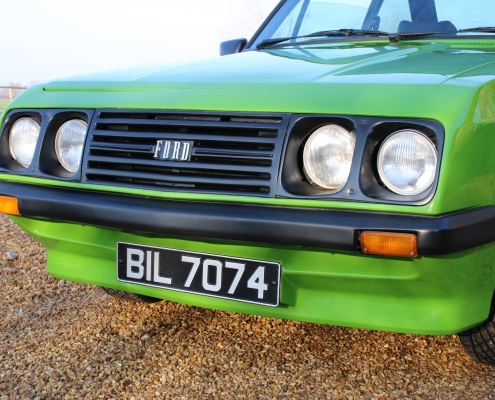 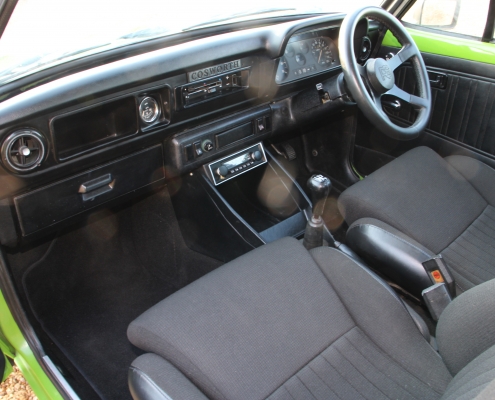 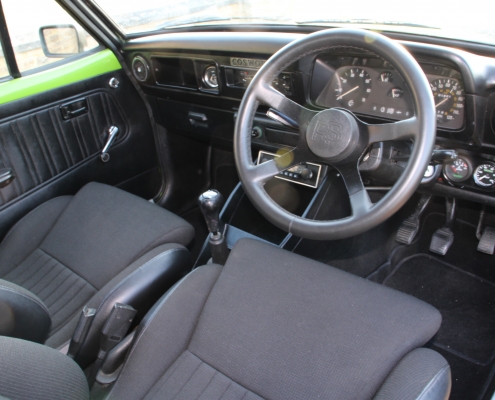 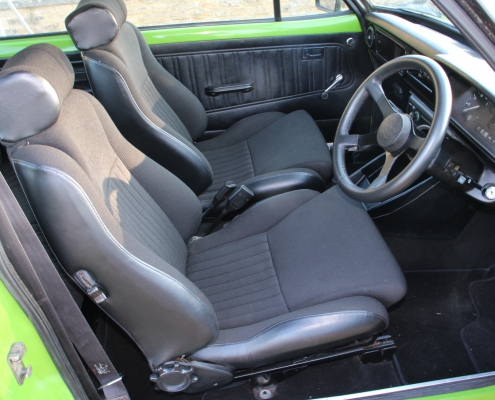 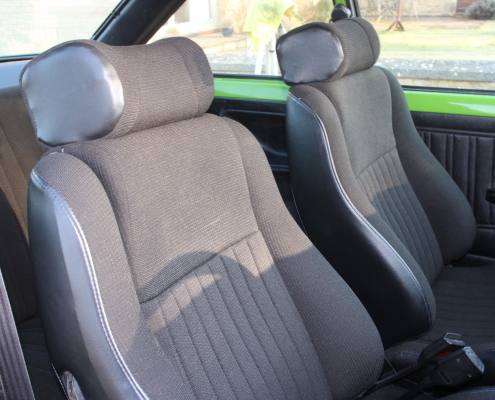 When the MkII Escort was launched, the RS name continued with the Cosworth-engined RS1800, produced in tiny numbers. More widespread Rallye Sport production was initiated with the RS2000 of 1976 which substituted the diva-ish Cosworth unit for a sturdier two-litre Pinto powerhouse. However, the real talking point about the RS2000 was its polyurethane ‘droop snoot’ front end and air dam, a modification that clearly distinguished it from any other Escort.

They only built around 10000 units which was low volume for Ford!

Weighing only 900 kgs the standard 2.o litre Pinto engine provided good performance with 0-60 achieved in 8.5 seconds and 108 mph not quick today but good enough for the 1970s boy racers who lusted over these gems but in some cases performance enthusiasts upgraded the car using Cosworth YB turbo engines.

This one was converted with a YB engine years ago and also upgraded T5 speed gearbox with the following specs:

Recent expenditure exceeds £1500 and includes new brakes, fuel pump, cam belt, suspension etc. and she is ready to be enjoyed.

Compared to the standard 4-speed the gearbox means long distance cruising is very easy and much more relaxing and of course the turbo engine transforms her into a road rocket with an abundance of power.

She has been featured in Magazines and was always finished in Signal green from new amd the original V5 is available in the history file.

On the road, these cars are really surprising with nimble handling modern cars could only dream of and colossal performance providing great fun and looks.

Back to listings
Facetime on PC
2015 GINETTA G40 CLUB – SOLD