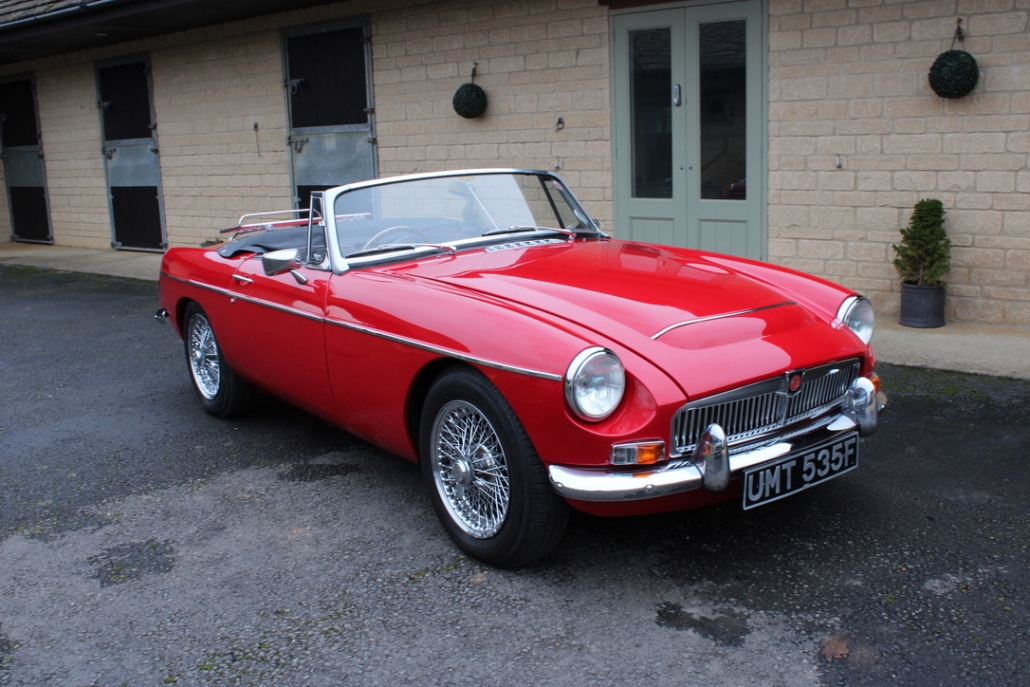 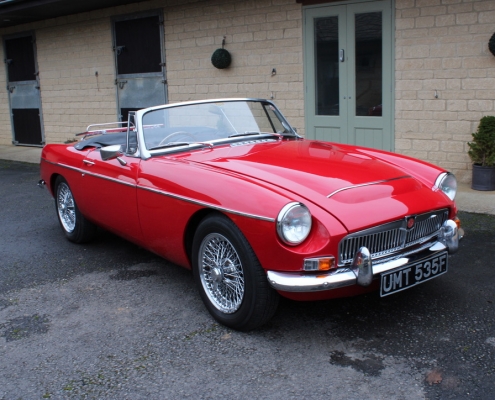 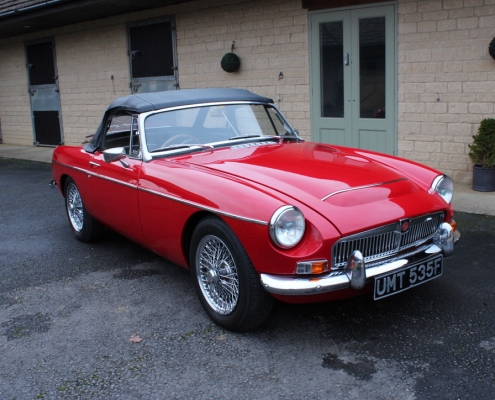 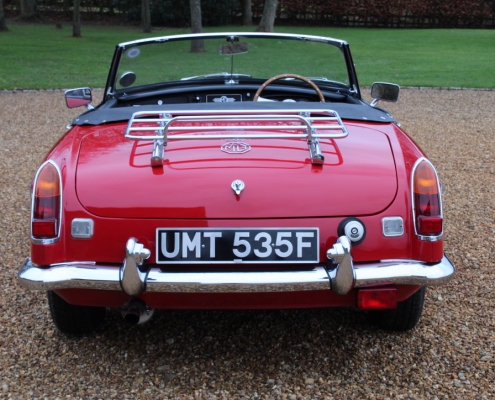 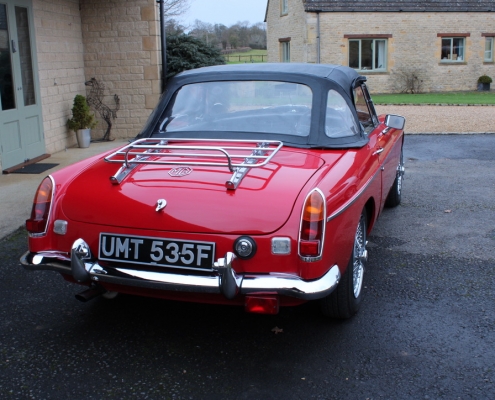 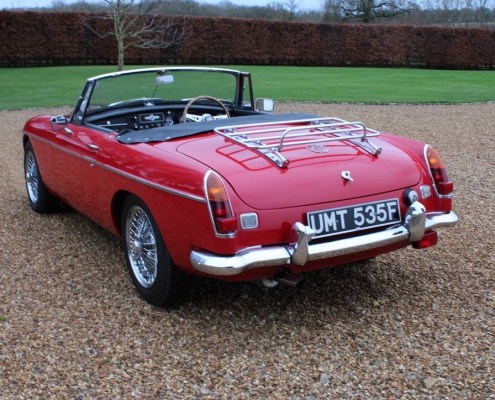 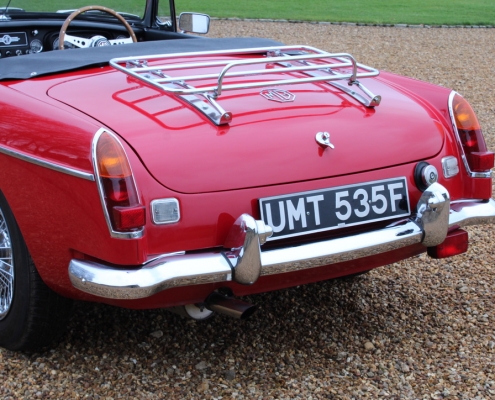 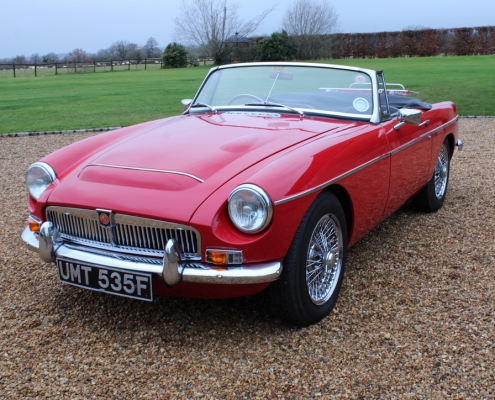 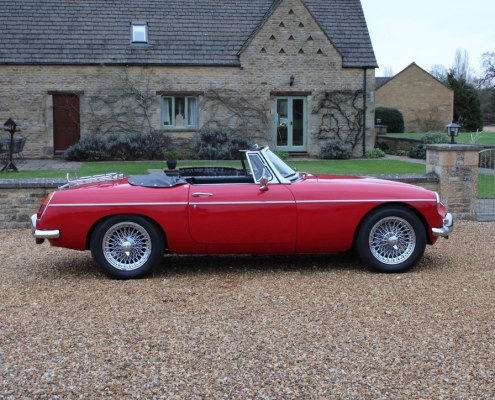 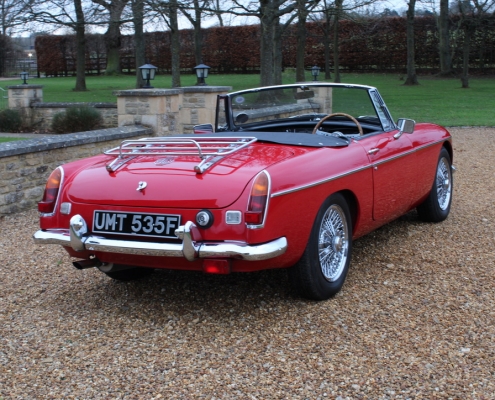 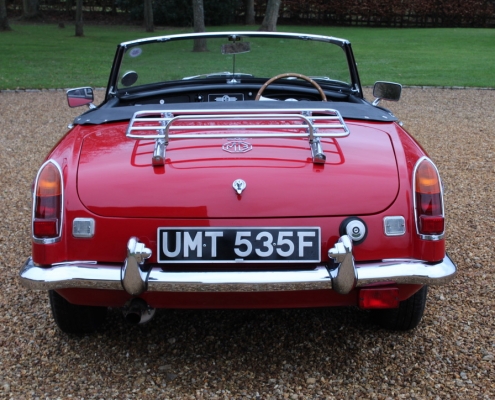 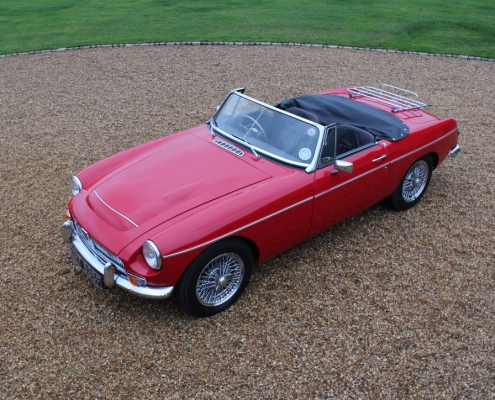 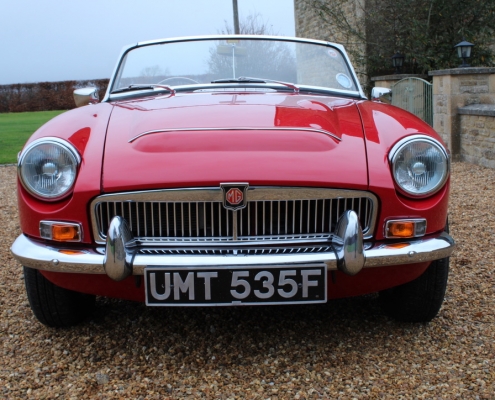 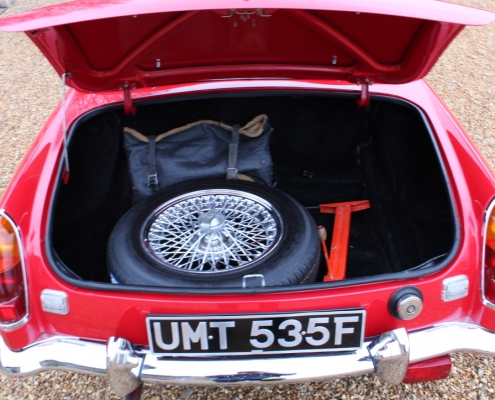 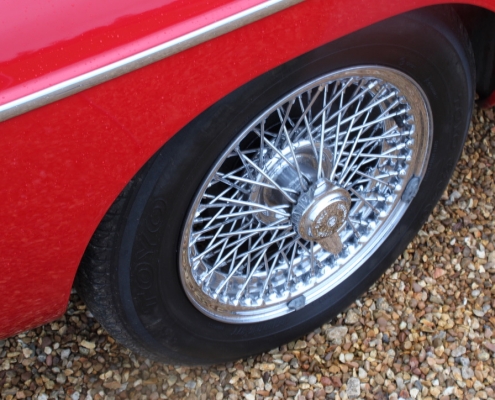 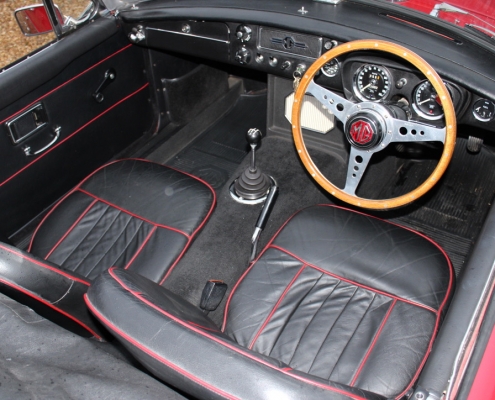 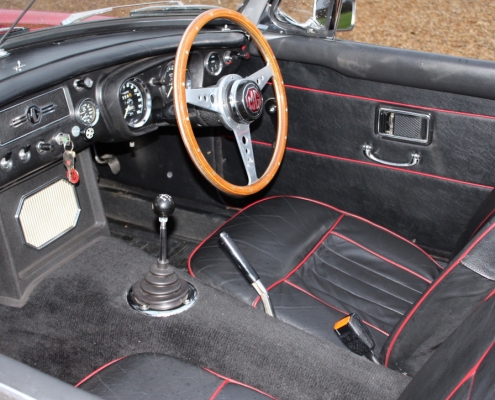 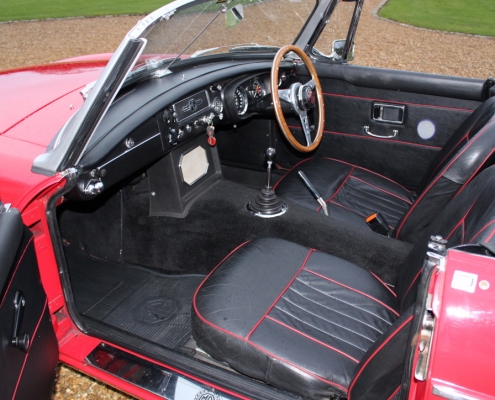 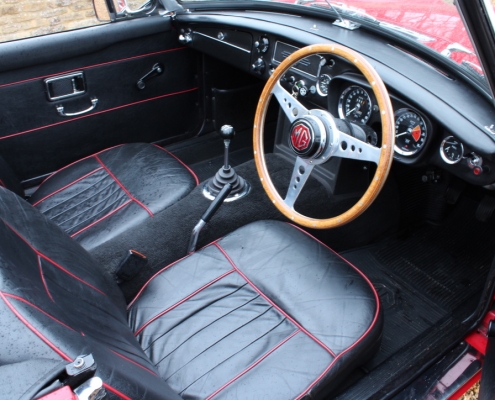 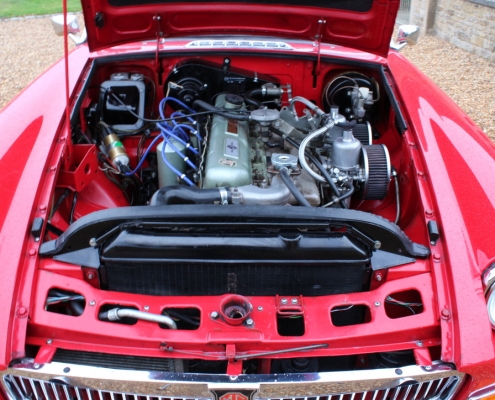 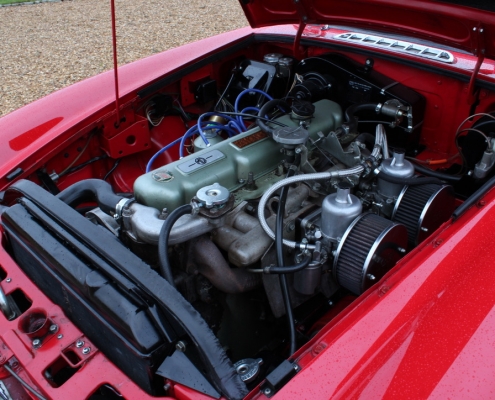 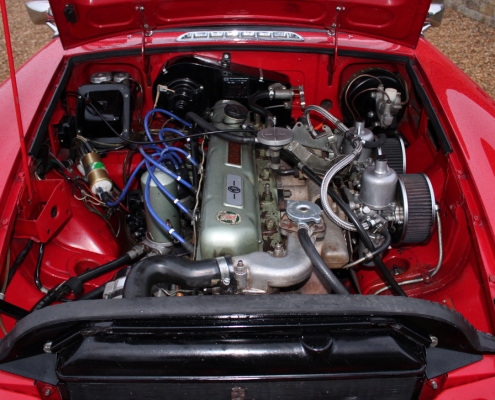 By the late sixties it was clear that MG had a great car with the MG B but many owners were requesting more power and by 1967 the MG C was conceived and muted to be the replacement for the historic Healey 3000!

However the press and indeed customers were not impressed with early reports of a heavy front end provoking understeer and this did irrevocable damage to the cars desirability and after only two years in production the project was killed off.

So today with only 4000 roadsters built the MG C has become a sought after rarity and with modern designed tyres and mild tweaking of the suspension they now drive as they should have in the sixties.

This is a grand touring car and the six cylinder engine really transforms the MG into a super useable cruiser and with the overdrive long trips are a delight.

There is a good history file with invoices, mots and work carried out,magazine features etc and she the best I have seen for some time.

Restored by a leading specialist in the late 1980s winning concours competitions she is still in beautiful condition and finished in Tartan red with black leather looks stunning with chrome wire wheels and overdrive.

With the rarity factor it will not be long for these value for money cars to increase value in line with other brands.