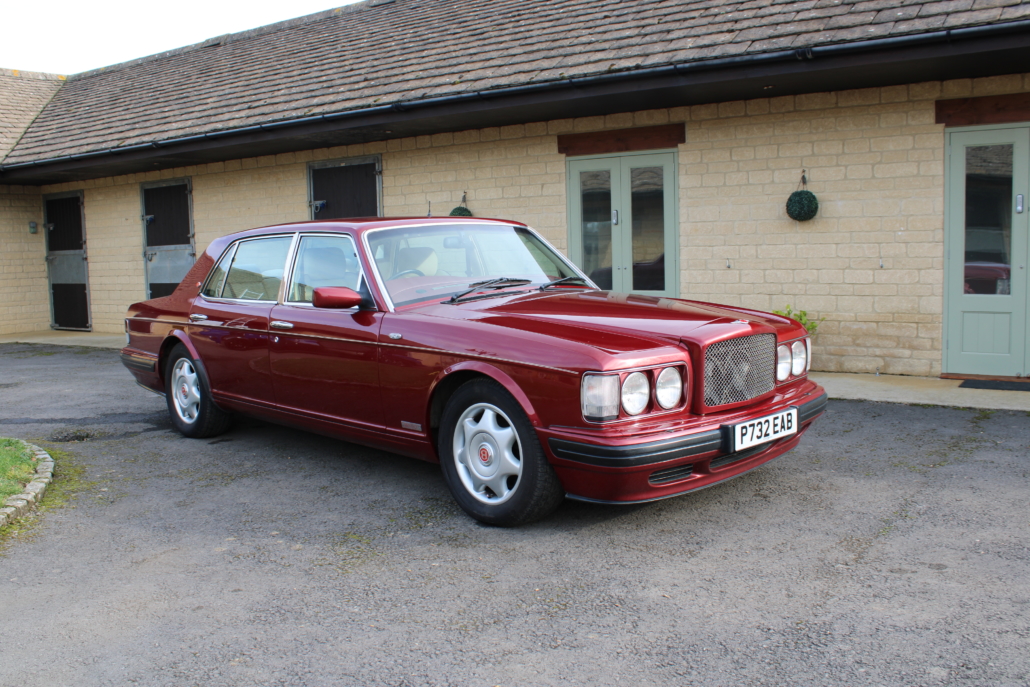 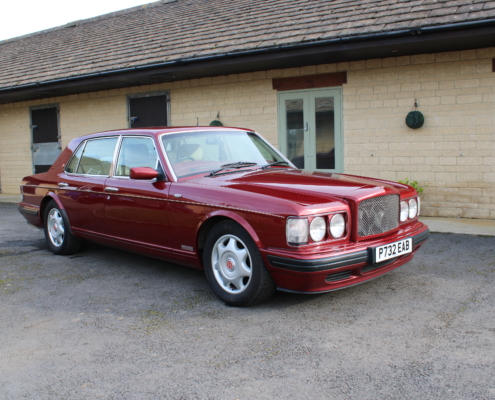 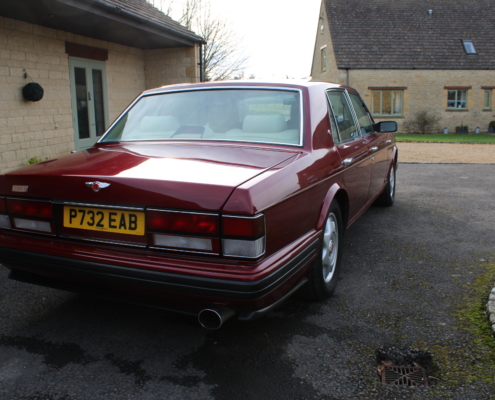 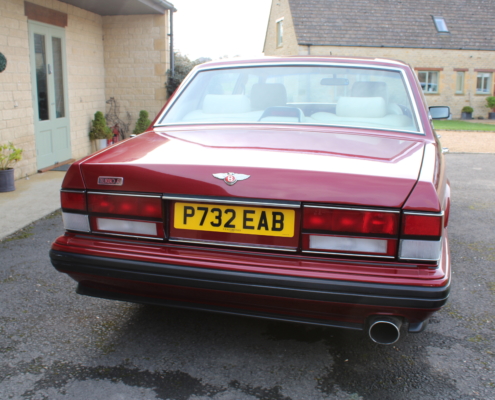 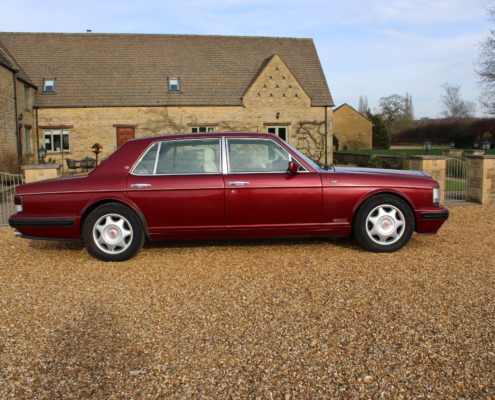 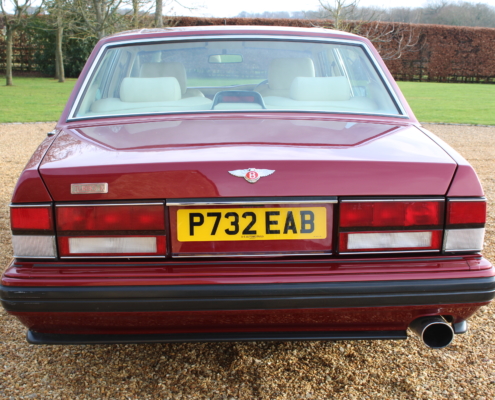 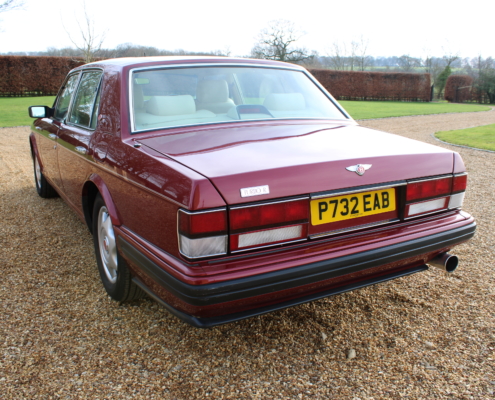 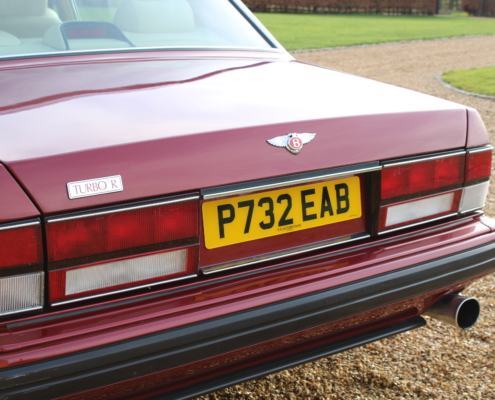 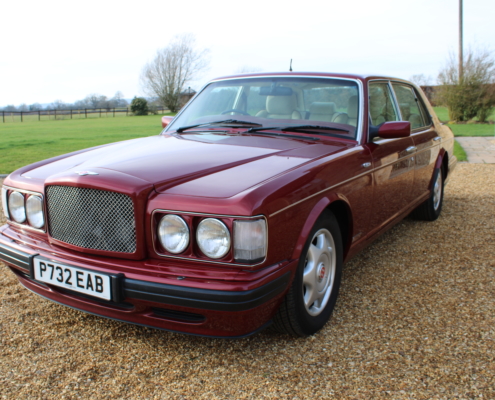 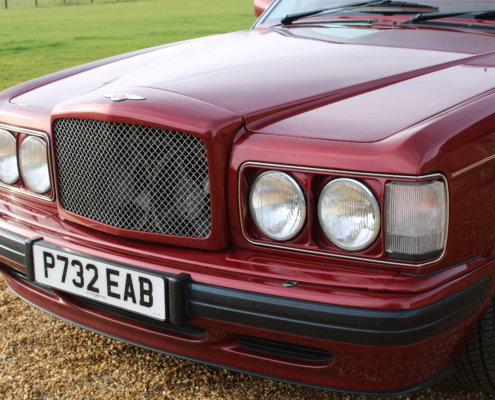 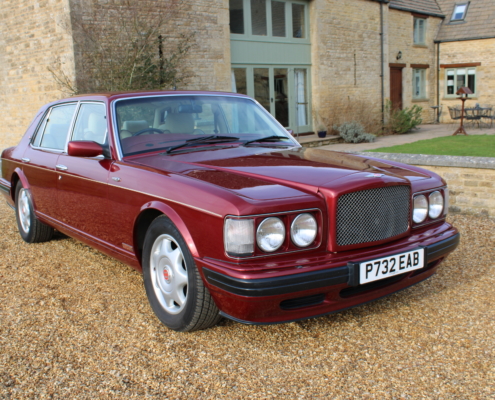 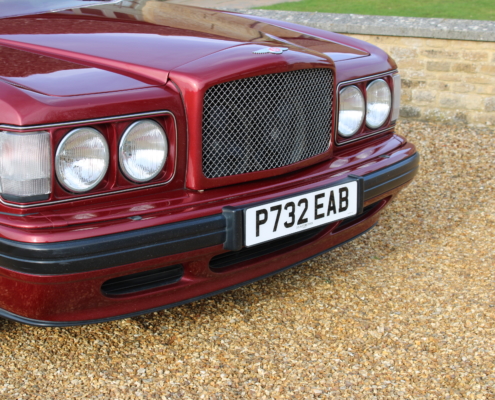 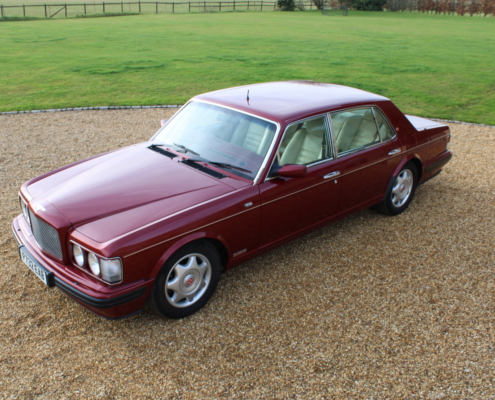 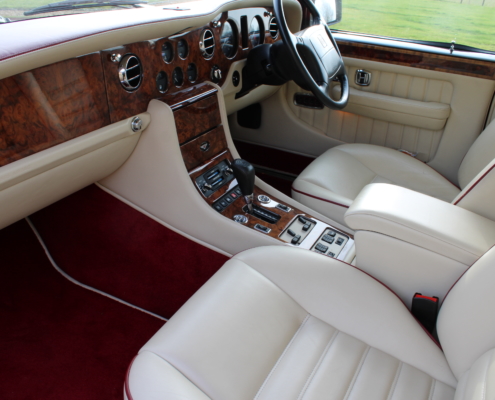 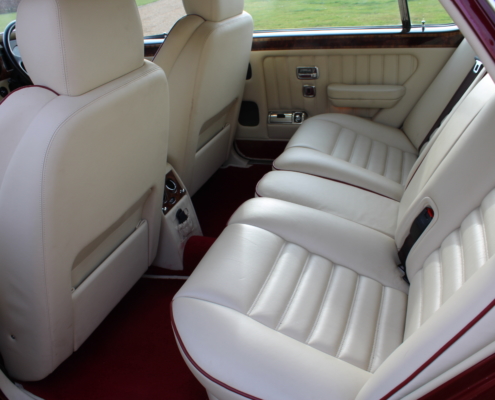 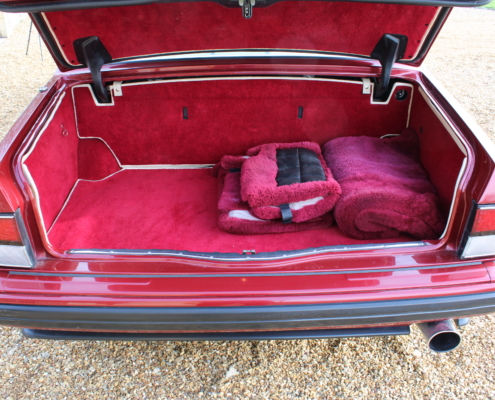 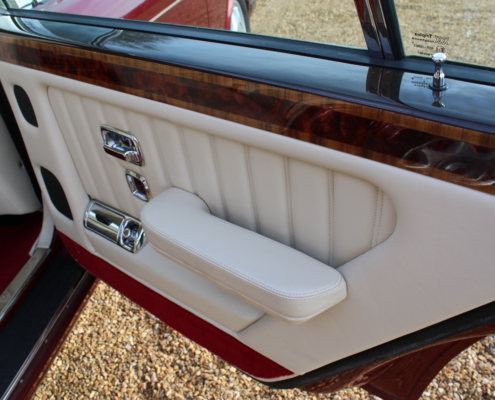 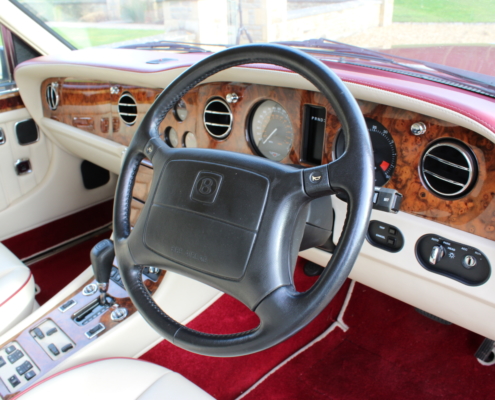 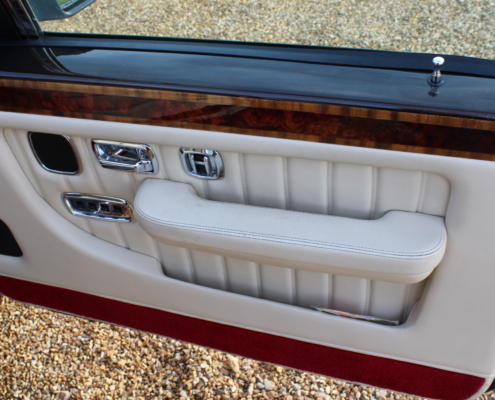 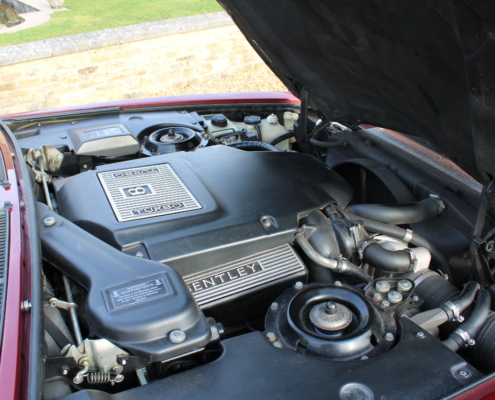 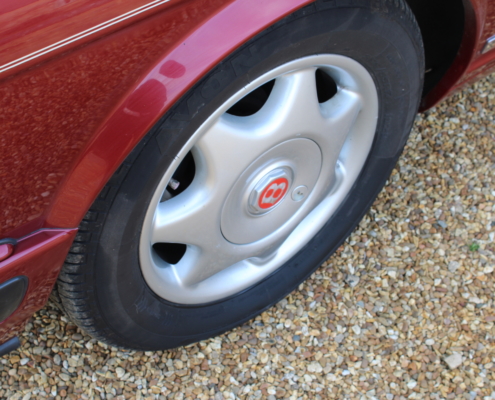 Following the successful Mulsanne the new Turbo R was a further development of the brand and produced from 1986 final models like this one ending the series in 1997.

The Lwb version was loaded with most modern amenities and with a smooth four-speed gearbox and fuel injection was much more economical than the older cars.

Formerly owned by a member of the royal family, this is a cherished car finished in stunning Claret with Magnolia leather, claret carpets, picnic tables, lambswool over mats etc.

Recent expenditure includes 4 new Avonspeed tyres, suspension and brake work meaning she drives so well with massive amounts of torque propelling her along at speeds that would embarrass some supercars.

It really is an event every time you drive one of these traditional Bentley’s and the rear comfort is fabulous with plenty of space and opulence in the Lwb.