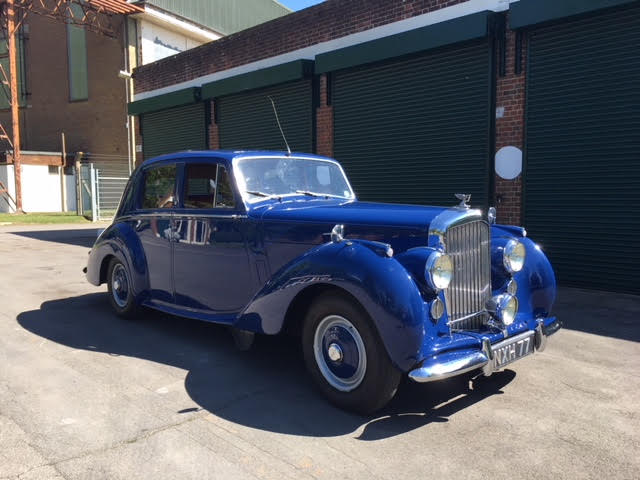 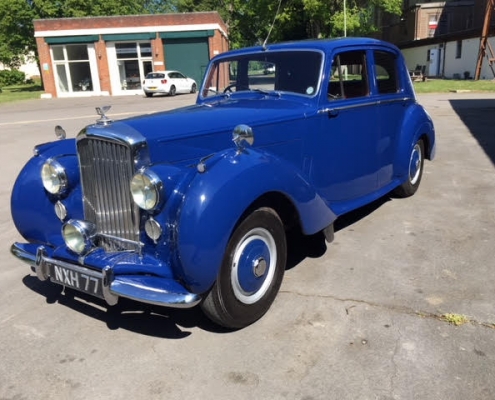 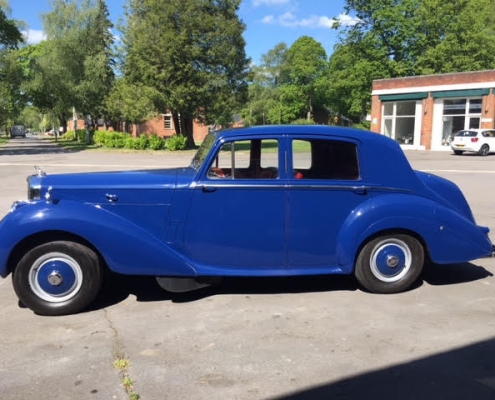 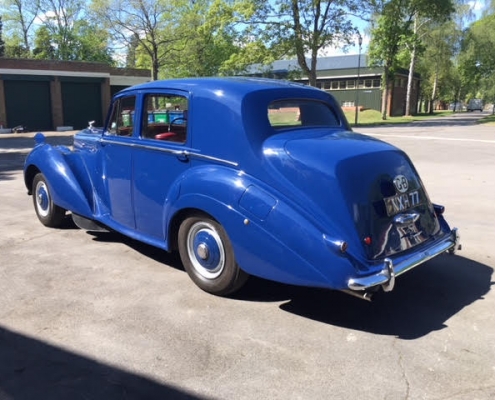 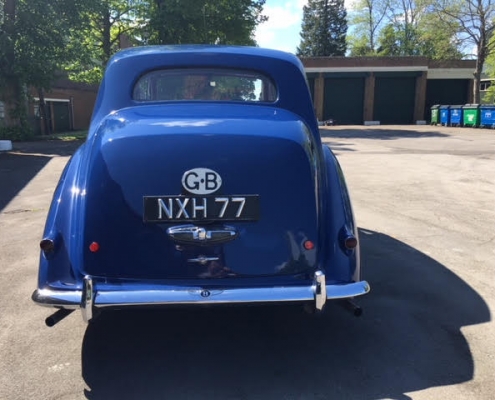 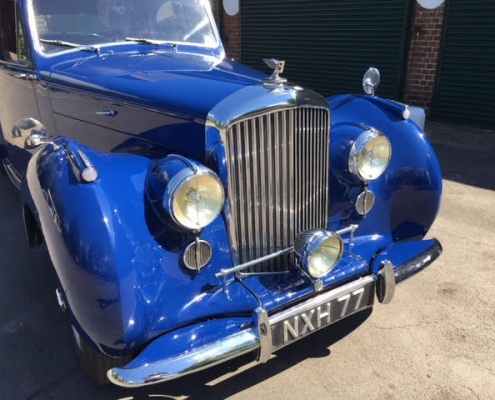 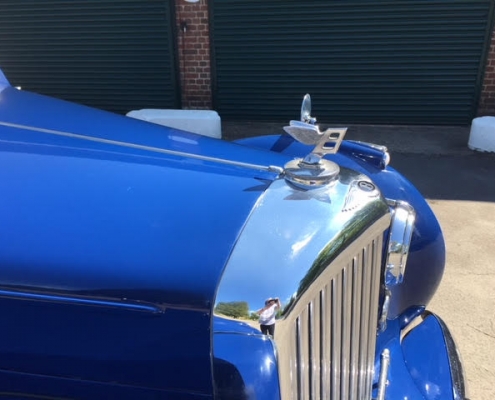 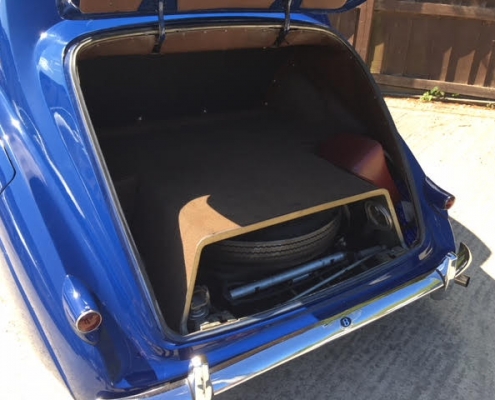 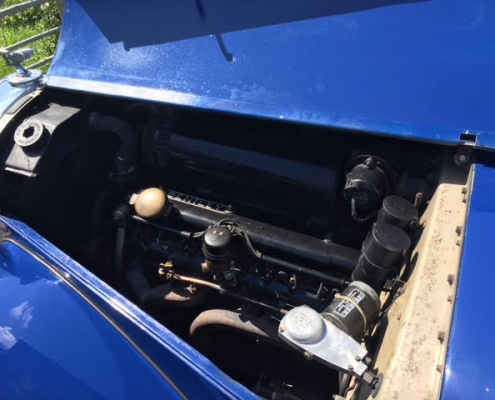 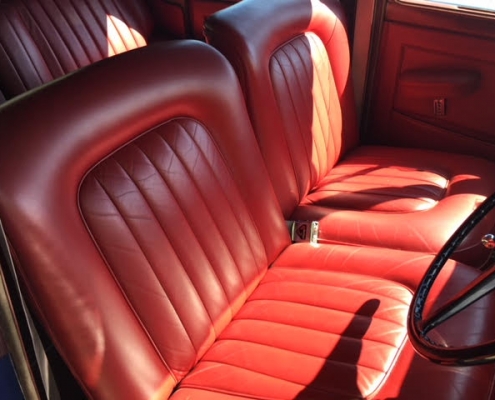 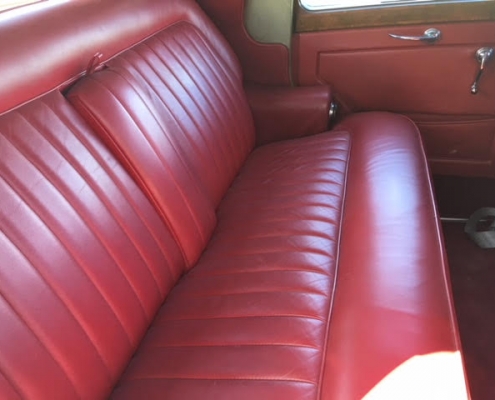 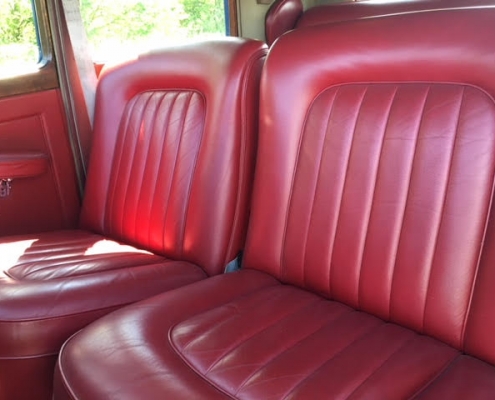 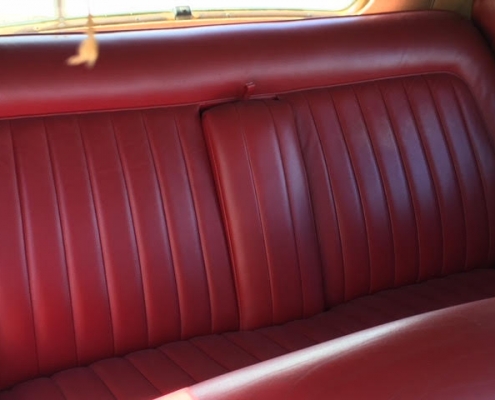 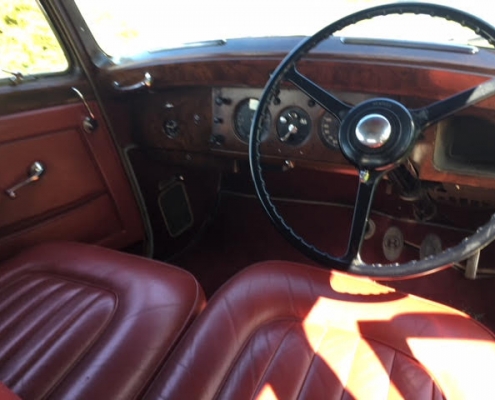 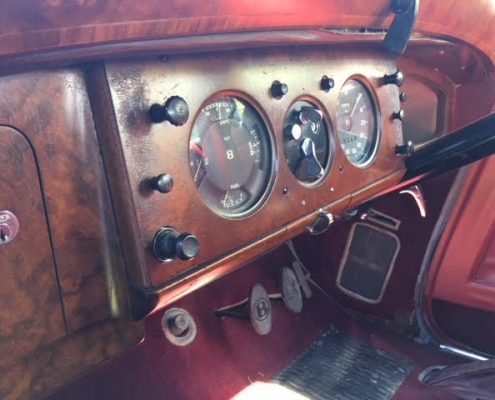 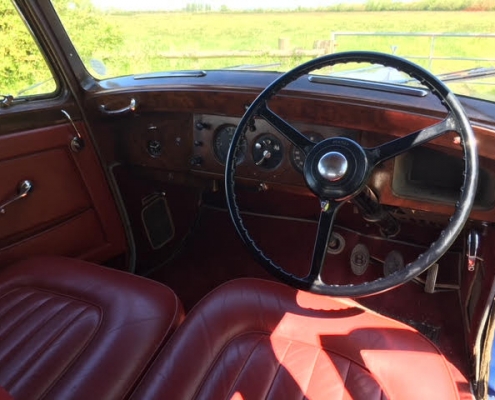 The R Type is the second series of post-war Bentley automobiles, replacing the Mark VI. Essentially a larger-boot version of the Mk VI, the R type is regarded by some as a stop-gap before the introduction of the S series cars in 1955. As with its predecessor, a standard body was available as well as coachbuilt versions.

Other than the radiator grilles and the carburation there was little difference between the standard Bentley R Type and the Rolls-Royce Silver Dawn. The R Type was the more popular marque, with some 2,500 units manufactured during its run to the Silver Dawn’s 760.

This 1953 R-Type Manual is in good condition and was repainted 4 years ago in India Blue and four new tyres fitted. The chrome is good and the inside is not overly worn. It drives really well and the servo-assisted brakes are excellent ,could drive anywhere in her.

There is an abundance of documentation from the original build sheet (Chassis B135TO with matching engine), to its supply to Russell Motors in Eastbourne, its export to USA in 1974 where it was hardly used and import back in 2015.

There are lots of service invoices whilst in the USA /UK and the original handbook is also available.