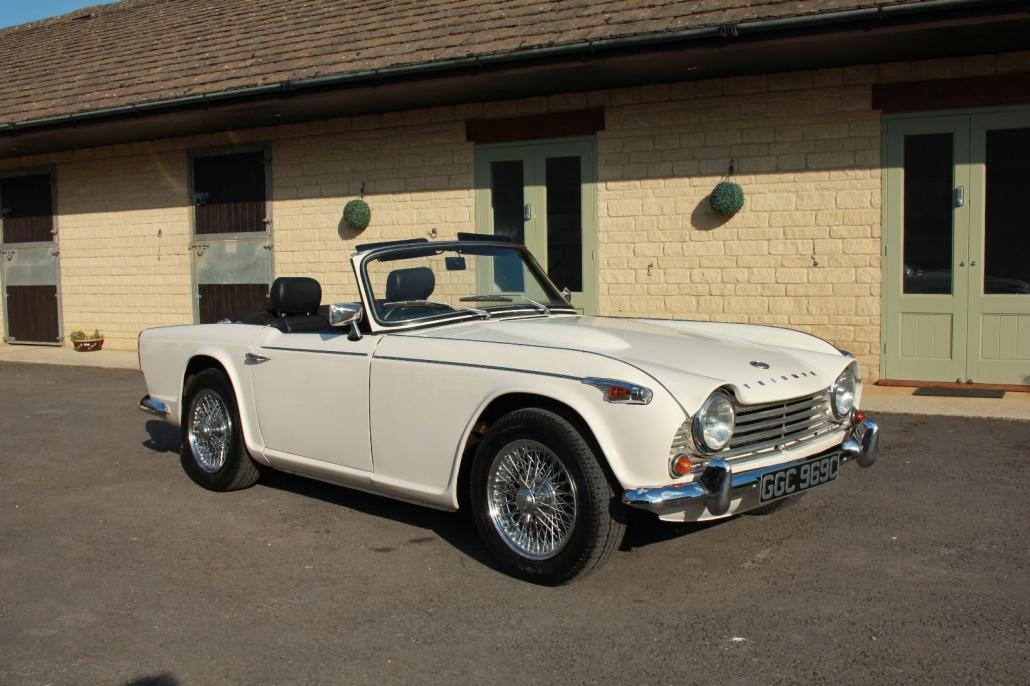 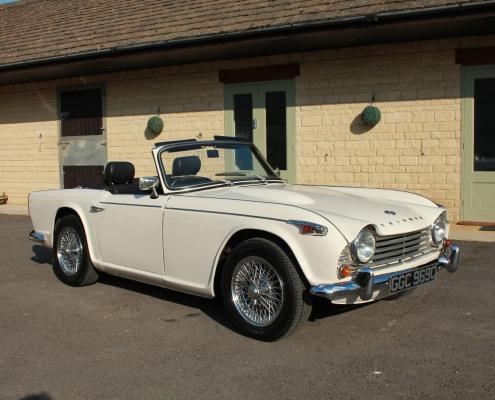 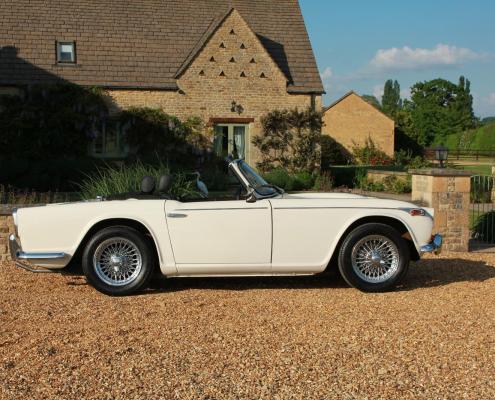 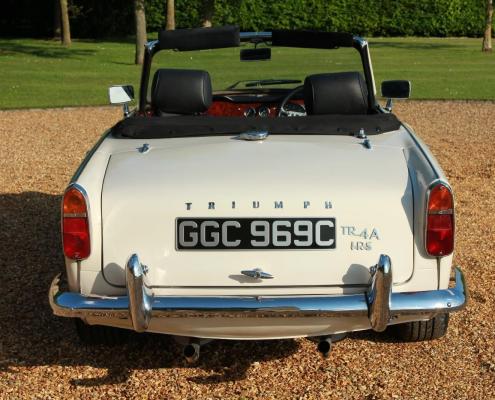 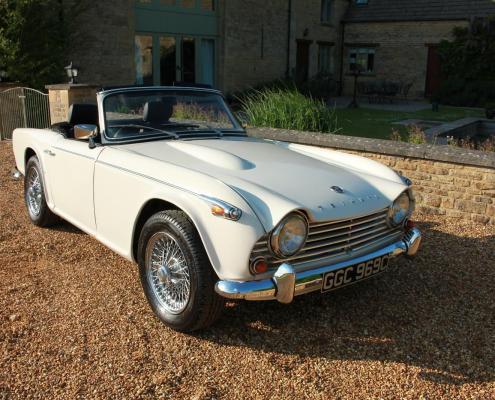 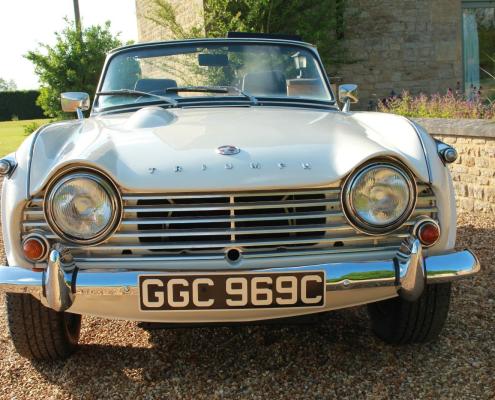 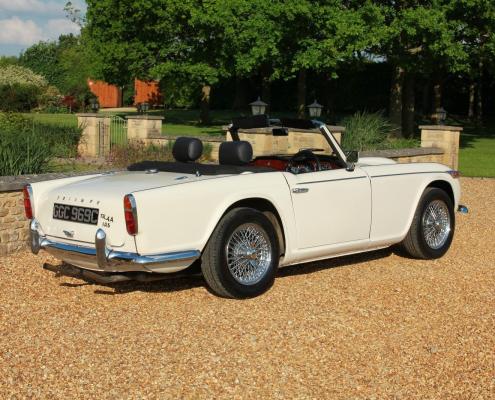 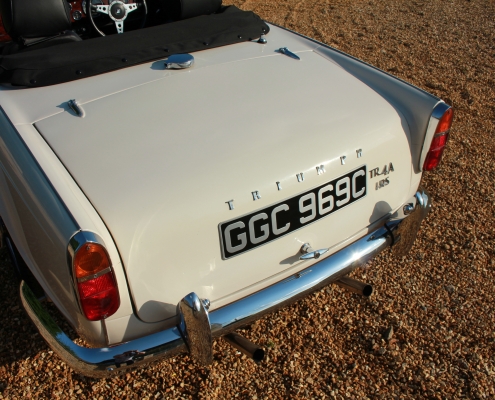 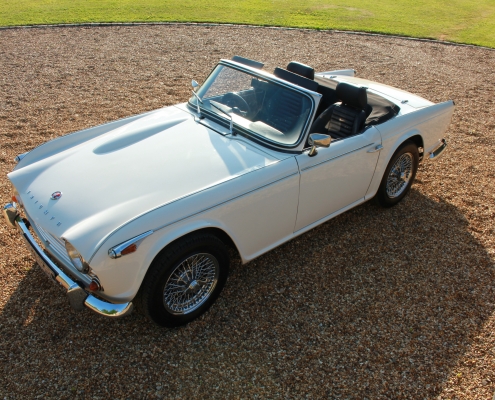 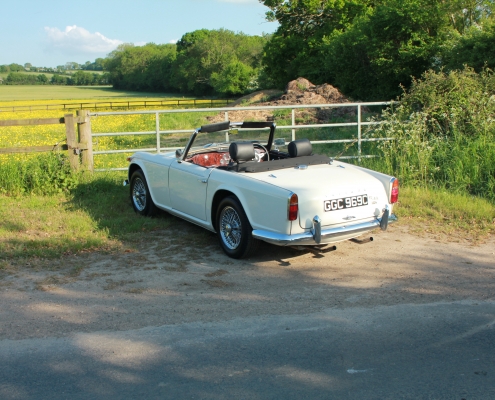 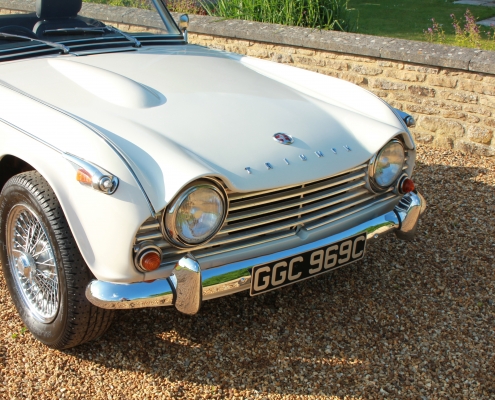 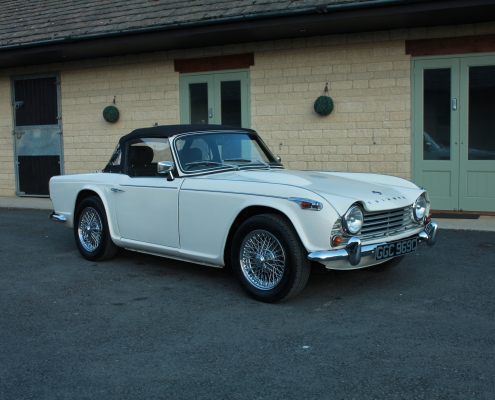 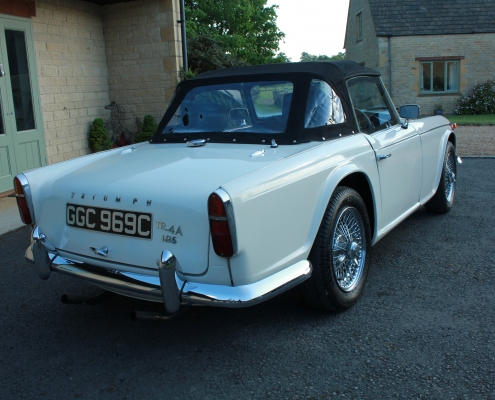 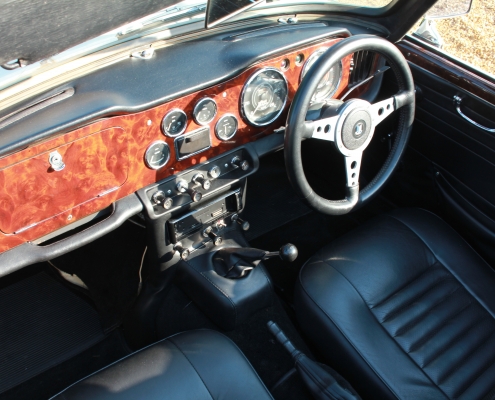 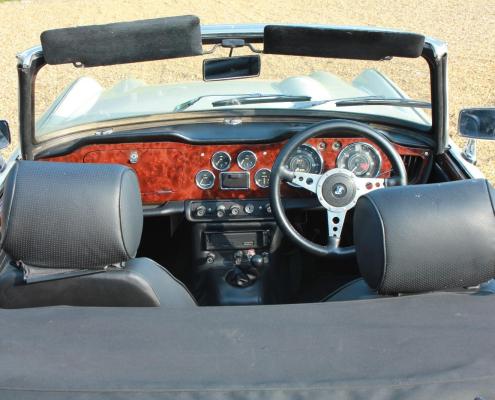 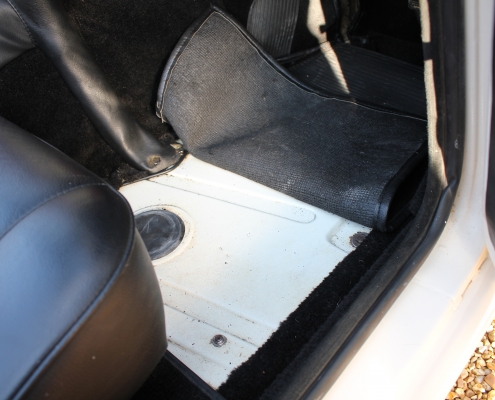 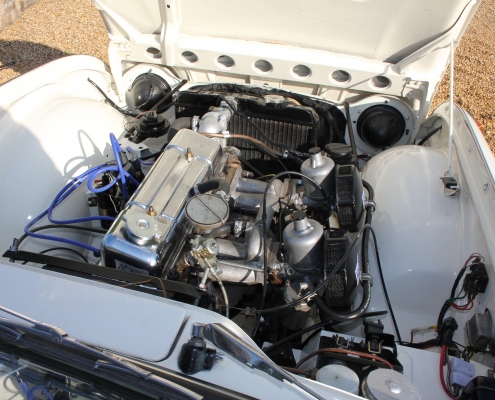 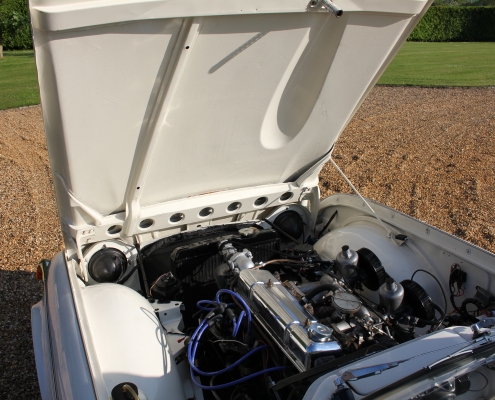 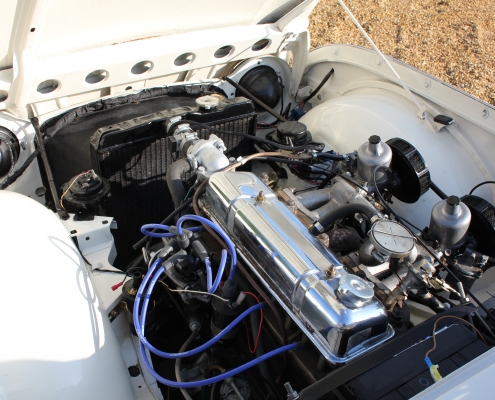 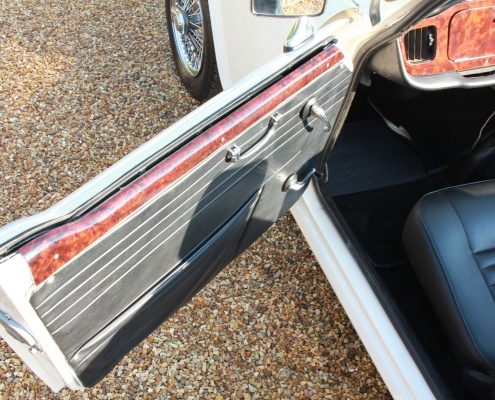 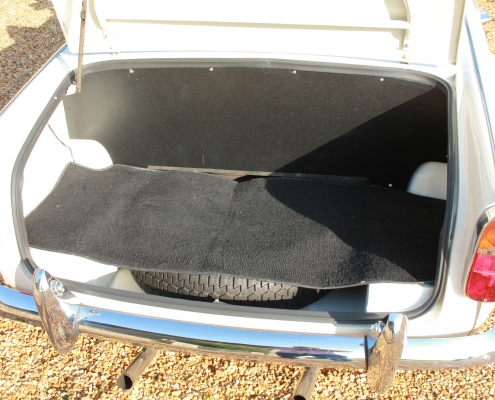 By 1965 the TR range was becoming quite old fashioned especially as its closest rival MG had a more modern “chassis less” model that was cheaper and produced easily in much greater numbers.
So by 1968 Triumph began to move onto the six cylinder TR5 and six models finally ending the 16 year production of four cylinder engines.
This beautiful UK supplied always rhd example is one of the last produced and has only had six owners and has enjoyed ongoing maintenance and a restoration several years ago including an engine rebuild in 2014 then hardly used since.
The quality of the work was obviously to a high standard as the car is still in great condition today with very good paintwork and a recent mohair hood.
She is fitted with chrome wire wheels and overdrive with the all important IRS rear axle.
Electronic ignition, electric fan and alternator are also fitted ensuring good reliability.
There is a great history file with specialist TR dealers having worked on her during the past 40 years.
On the road this is a throaty raw car with a good solid robust feel to it and performance is very good the overdrive providing an easy cruising speed.
She is a quintessential British sports-car that can only appreciate in value and must be one of the nicest available.
Supplied fully inspected, serviced and with a 12 month warranty.