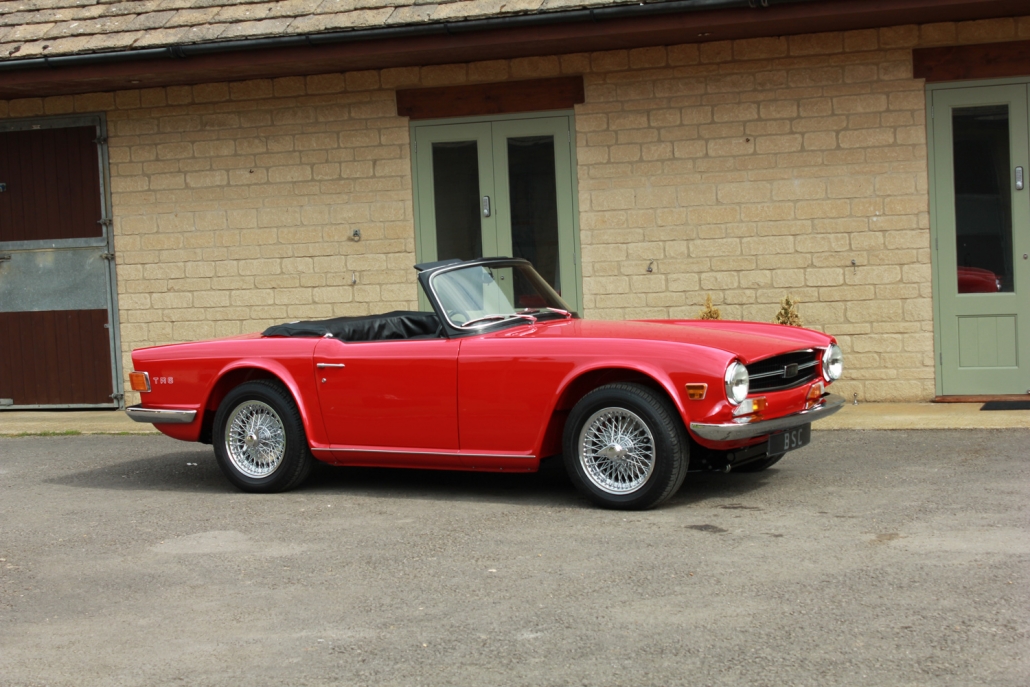 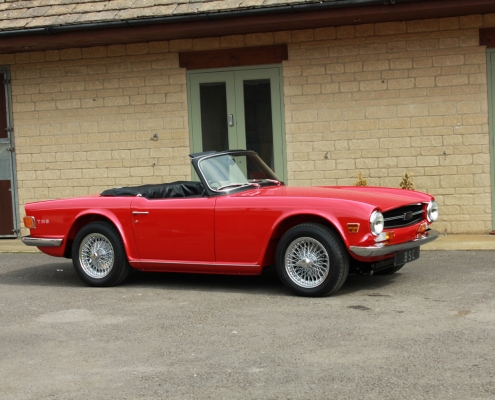 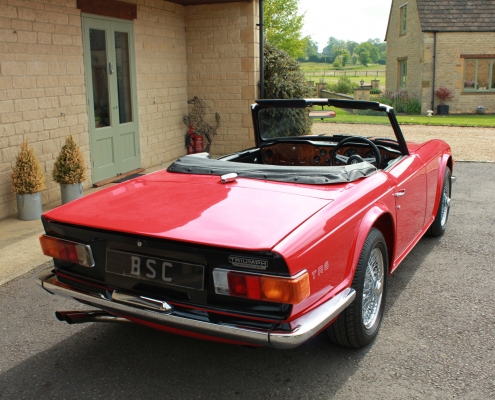 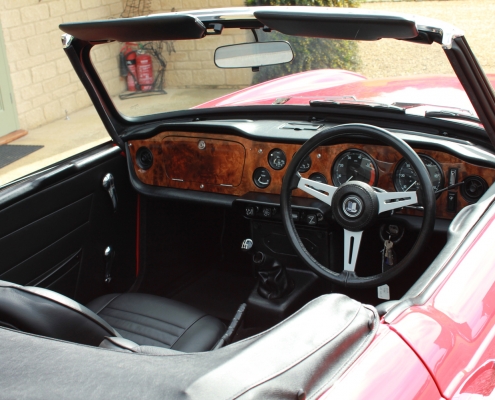 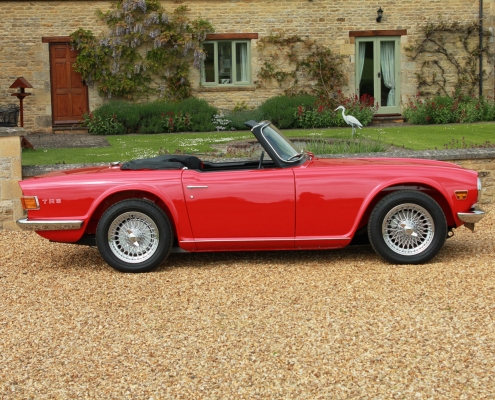 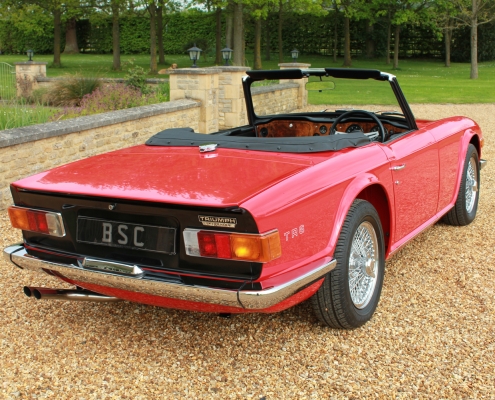 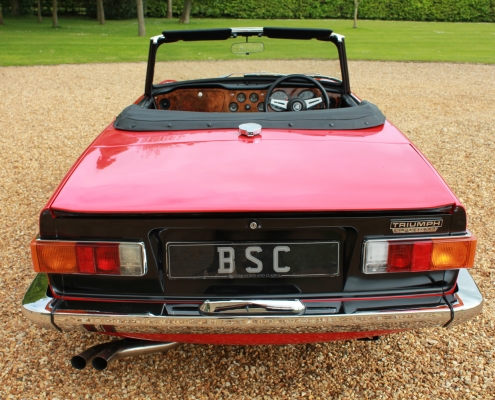 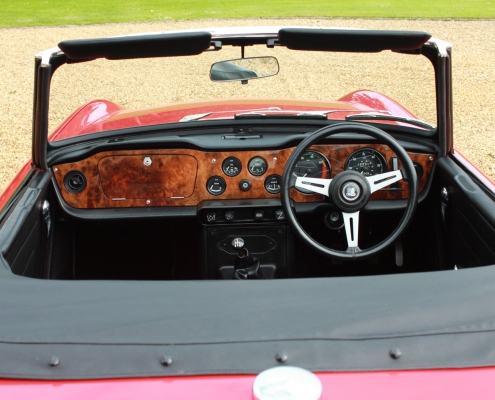 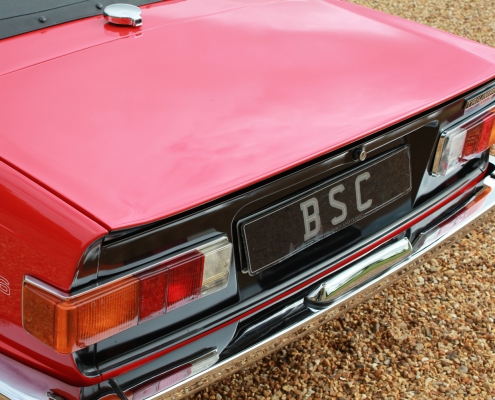 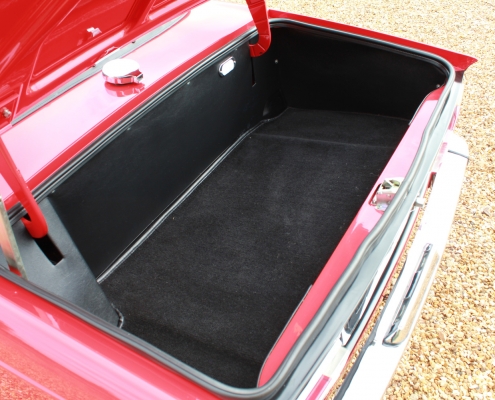 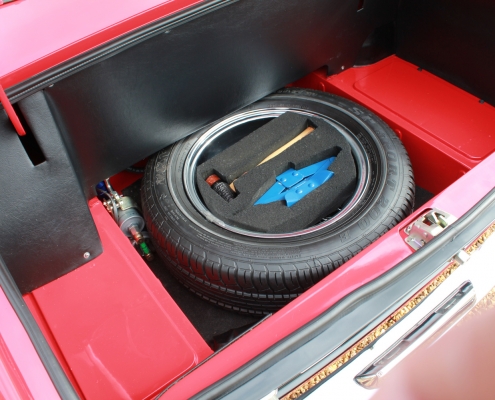 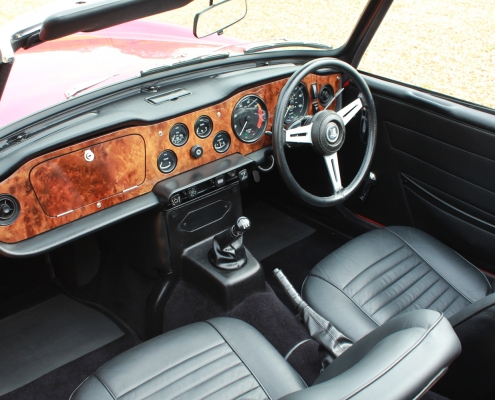 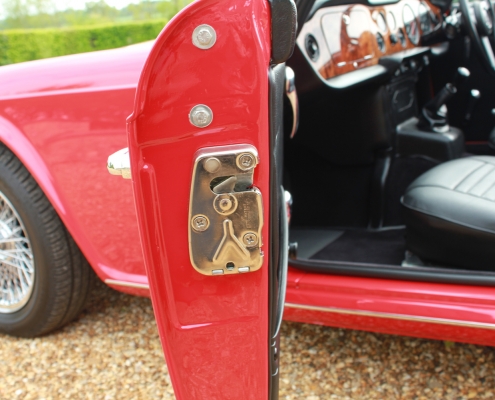 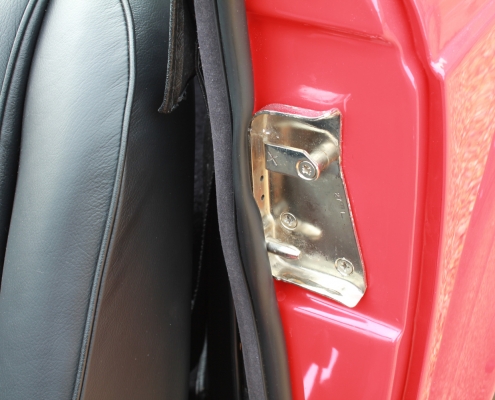 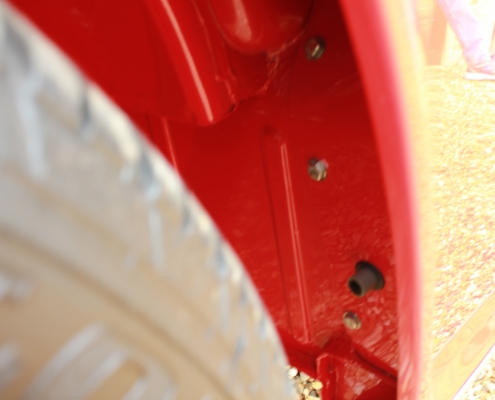 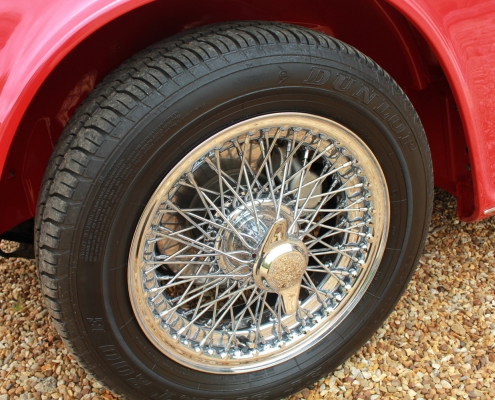 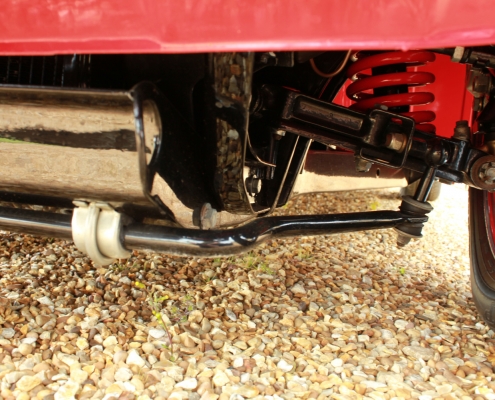 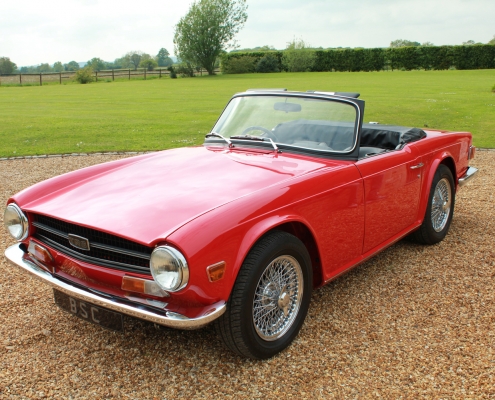 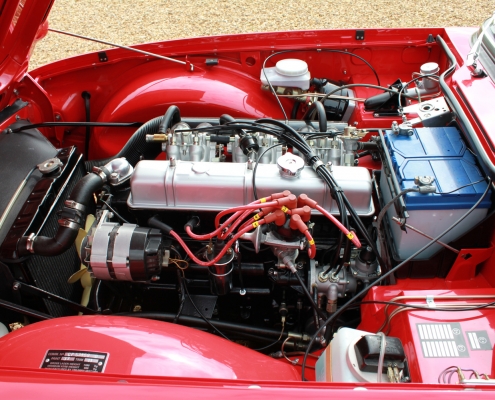 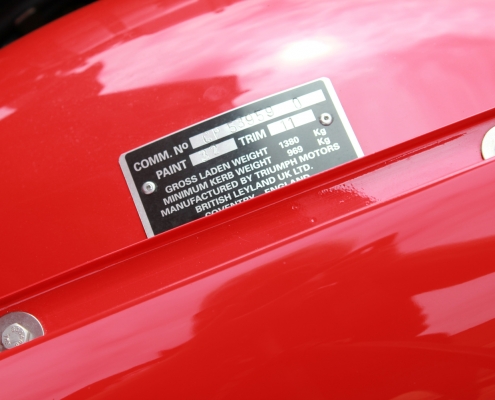 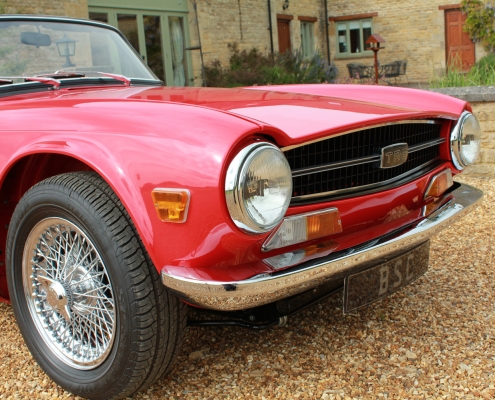 Ending a terrific line of models the TR6 finished production in 1976 and all subsequent models like the TR7 had unfortunately lost the Sixties feel and looks of the original TR range. So the TR6 was the end of an era of iconic cars.

This example was produced in 1971 and is the revered 150bhp version with the Heritage certificate confirming it is an original Uk supplied rhd ,Signal red with overdrive car.

Restored several years ago by a perfectionist she is the most perfect TR6 I have ever seen and likely never to be repeated.

She was found abandoned in a London street complete with a tramp living in her!

Once stripped down it was decided to embark on a project to restore to a stunning concours standard with no expense or detail spared.

The panel fit ,detailing is outstanding and she has won many concours events over the past 6 years.

This is a mighty performer with the slick overdrive gearbox meaning you can cruise at high speeds without stress.

There is a history file accompanying the car including a full photographic record of the restoration, concours certificates, magazine articles, mot’s and invoices.

To replicate this standard would cost over £60000 today plus a project car and I doubt if it could be as well executed as this one!