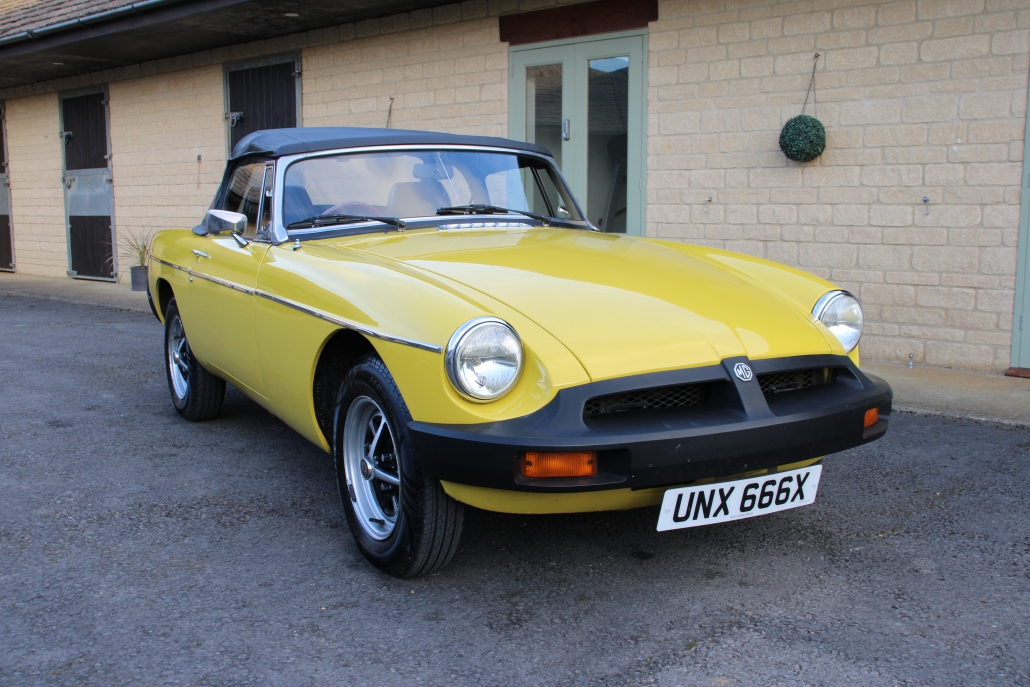 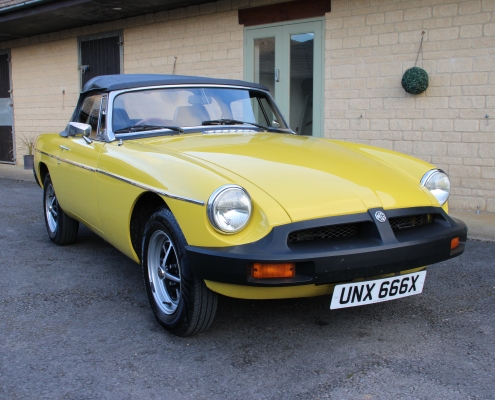 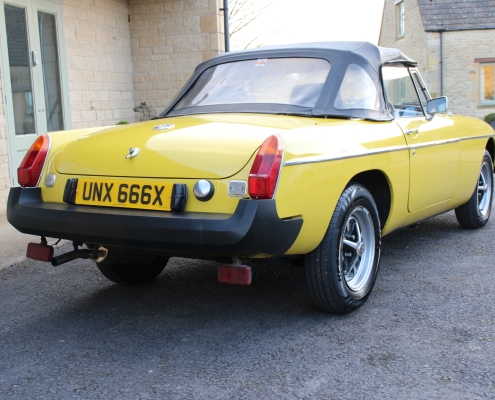 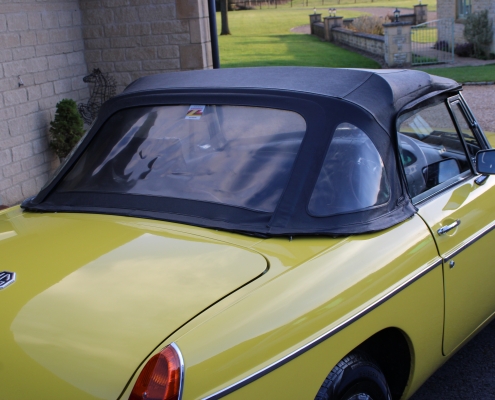 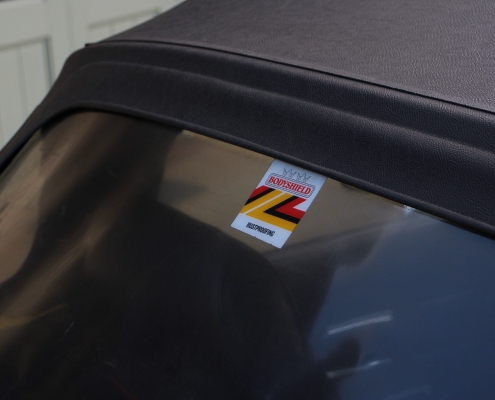 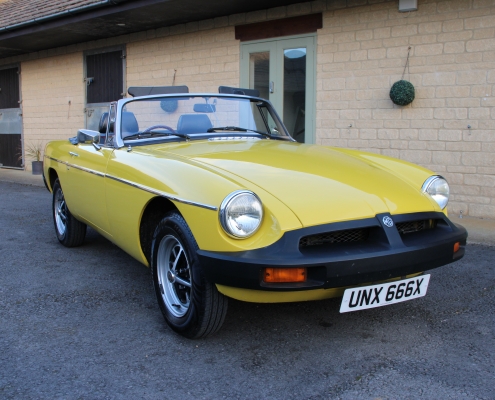 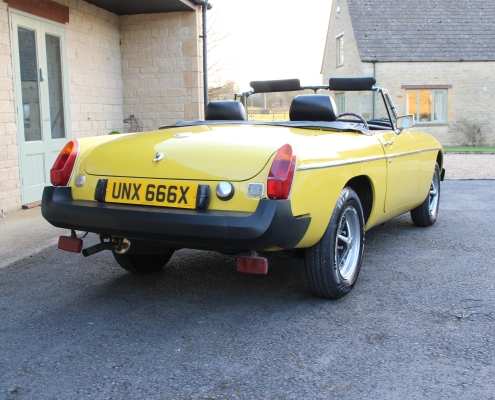 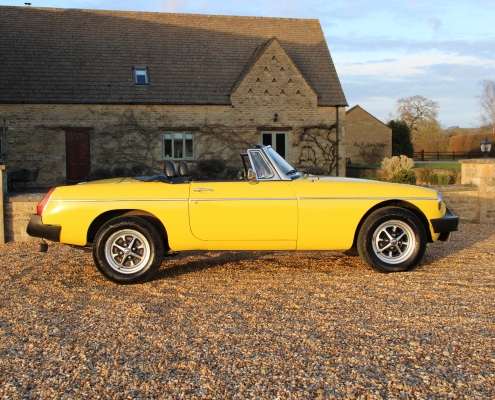 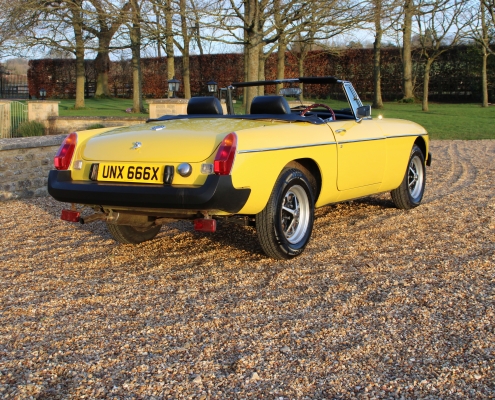 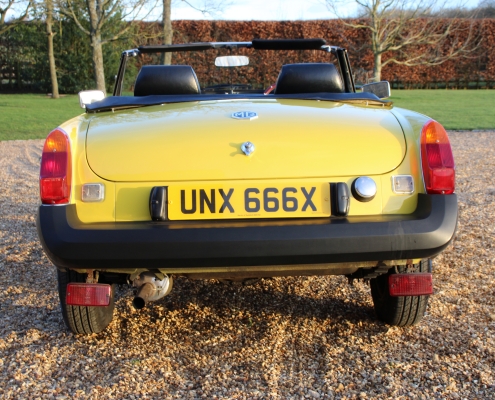 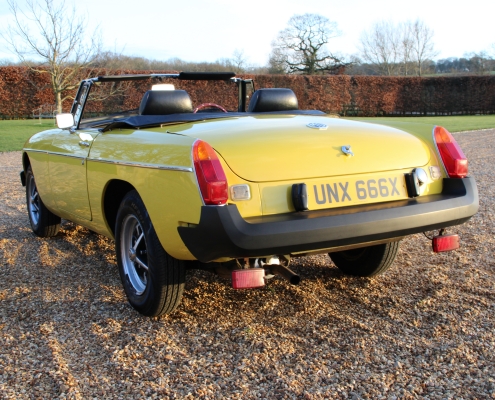 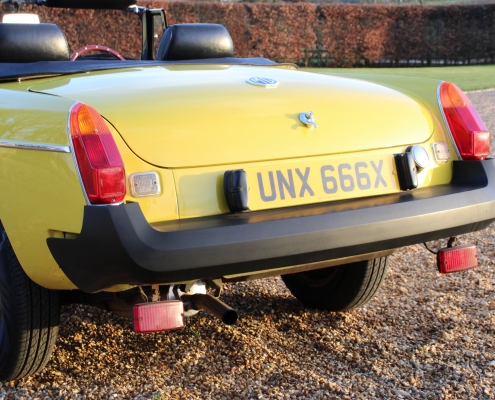 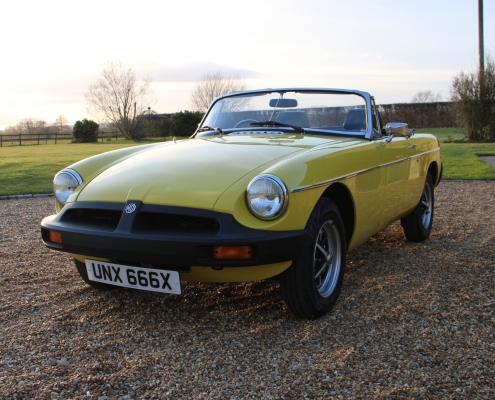 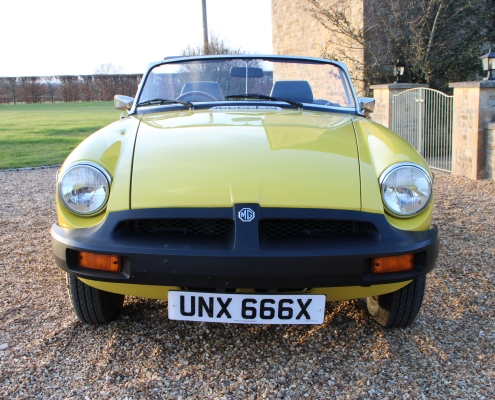 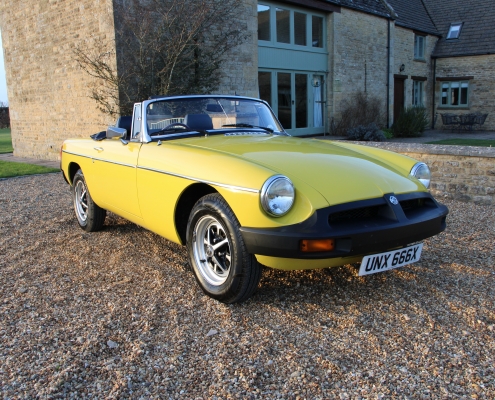 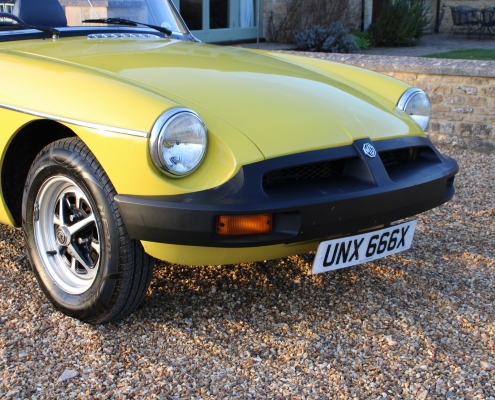 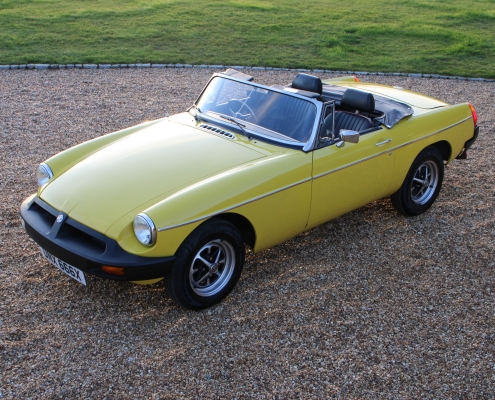 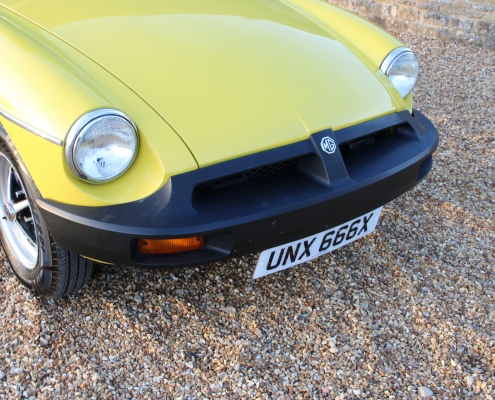 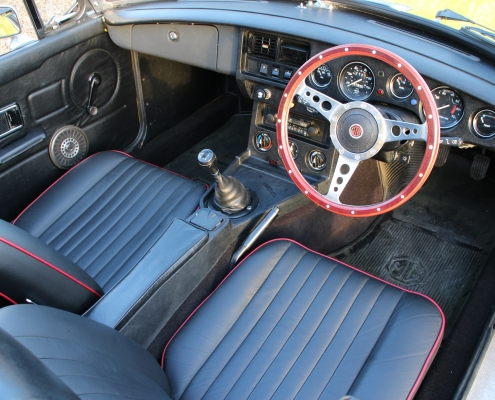 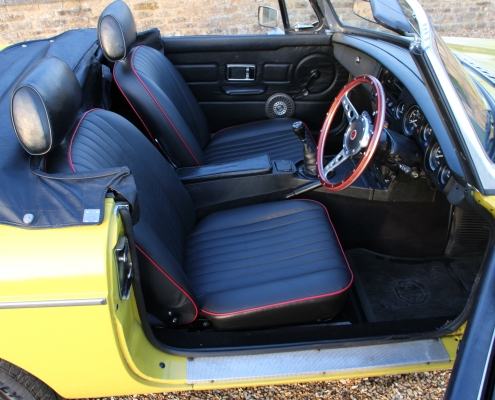 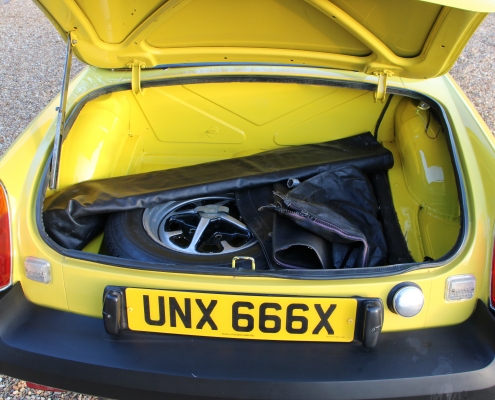 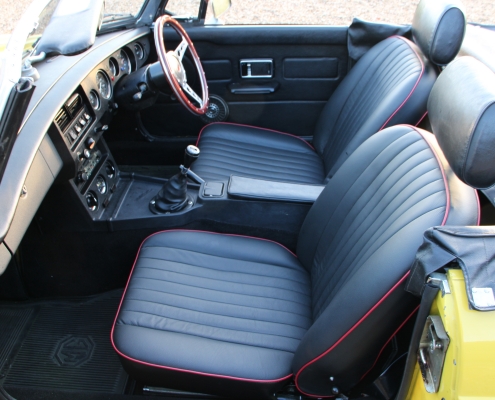 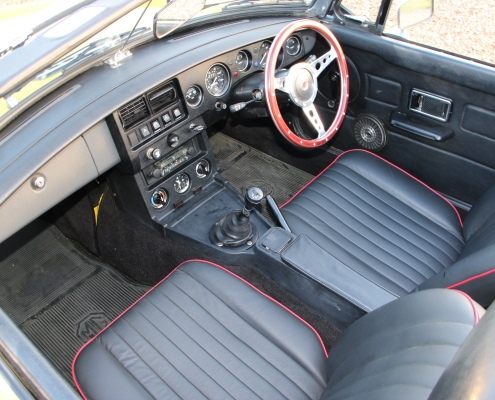 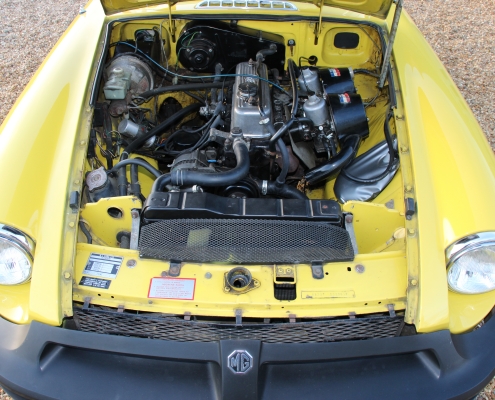 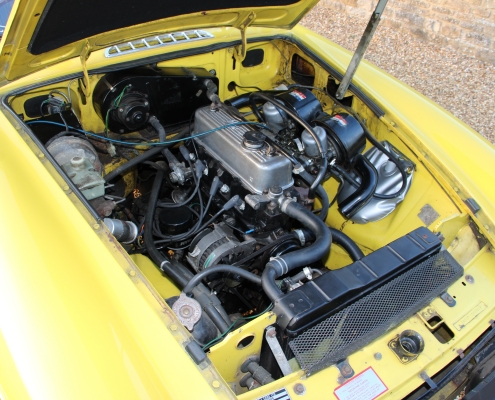 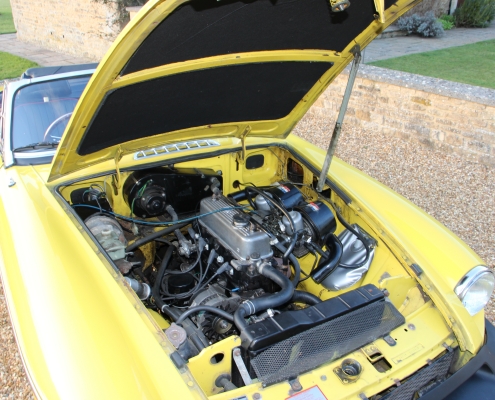 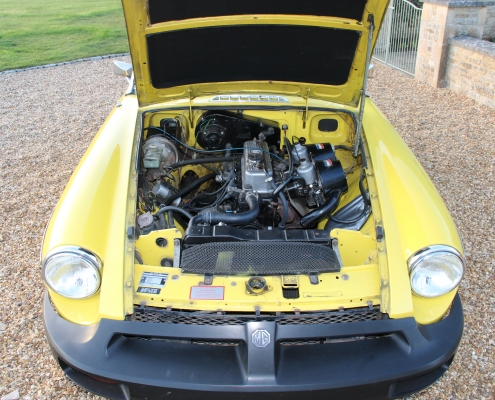 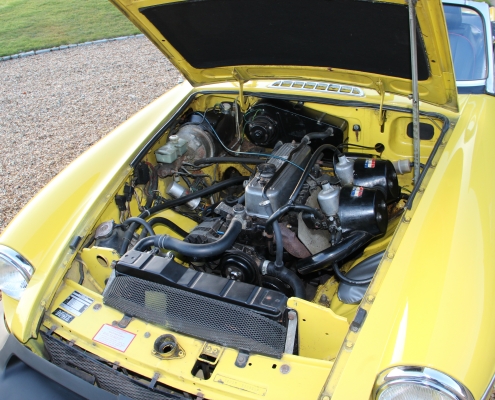 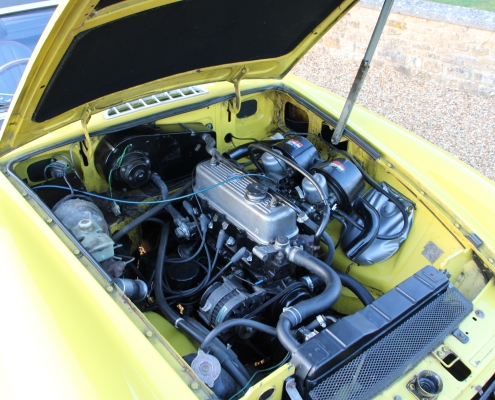 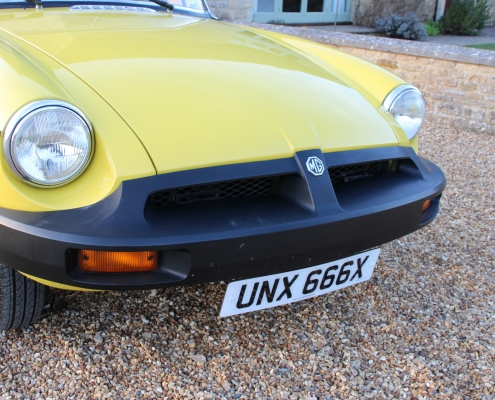 After a production spanning 20 years, the final incarnation of the rubber bumper MG B was initially frowned upon by the purists the earlier chrome bumper cars appealing to them rather than the federalised rubber increased ride height cars.

However, like all variants of long term models, time tends to heal and these models look great now and obviously have an important place in the long history of the brand.

Many have been retro converted back to chrome bumpers but that’s a shame and it’s good to find an original unspoilt example.

Having only one owner until 2019 this lovely Inca yellow example has enjoyed constant maintenance and was fortunately rustproofed from new.

She is not a show queen but presents very well with original panels and the only deviation from the original are the leather seats and wooden steering wheel.

On the road, these later cars actually drive better than the early ones with very willing engine and an improved gearbox and drivetrain with overdrive.